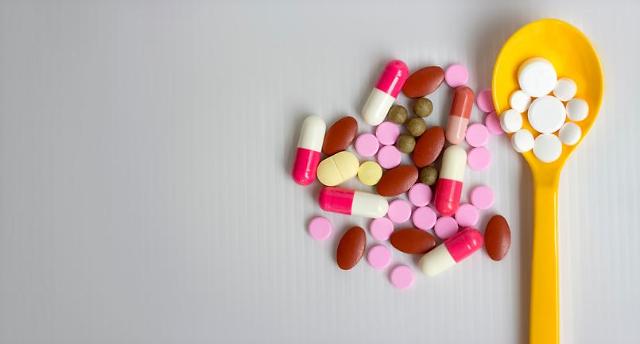 SEOUL -- Based on cell experiment, Institut Pasteur Korea, an infectious disease-focused research institute, regards ciclesonide, a glucocorticoid used to treat asthma and allergic rhinitis, as the most plausible drug for COVID-19, citing its safety and medicinal efficacy.

Through a drug re-creation study which finds new drugs from existing medicines, the institute said it has confirmed the antiviral effects of ciclesonide. "We hope that the results of the study, which monitored anti-viral activity, will also confirm the drug's efficacy in actual clinical trials and help treat patients," said Institut Pasteur Kore CEO Ryu Wang-shick.

More than 3,000 drugs including 1,500 approved by the U.S. Food and Drug Administration have been tested, the institute said, adding some 20 species had anti-viral activity like Remdesivir, Kaletra and Chloroquine which are currently undergoing clinical trials.

Remdesivir is a novel antiviral drug in the class of nucleotide analogs. Kaletra is a prescription medicine approved for the treatment of HIV infection. Chloroquine is a medication used to prevent and to treat malaria.

Separately, SK Bioscience, a bio unit of South Korea's SK Group, claimed to have secured a candidate for COVID-19 through the protein culture and refining platform of an antigen produced with gene recombination technology. As it has higher safety than other vaccines, SK Bioscience thinks clinical testing is possible in September if it is found to be effective in an experiment on animals.

South Korean drug and bio companies have jumped into the race to develop vaccines or treatments, while doctors have formed a task force to find proper treatment by mixing antiviral drugs. Celltrion has been selected as preferred bidder in a state project to develop a COVID-19 medicine.

Celltrion Chairman Seo Jung-jin said in an online news conference Monday that his company has secured candidates for antibody treatment in the blood of patients. A lab experiment is under way to ensure that antibodies can neutralize the virus, he said, predicting that antibodies can be administered to people by the end of July at the latest.

After human administration, the company will try to produce one million therapeutic antibodies a month, Suh said. "We will see how much we can reduce the virus by administering therapeutic antibodies to minor patients, and see if we can extinct the virus and reduce mortality by administering it with existing anti-viral drugs for critical patients."