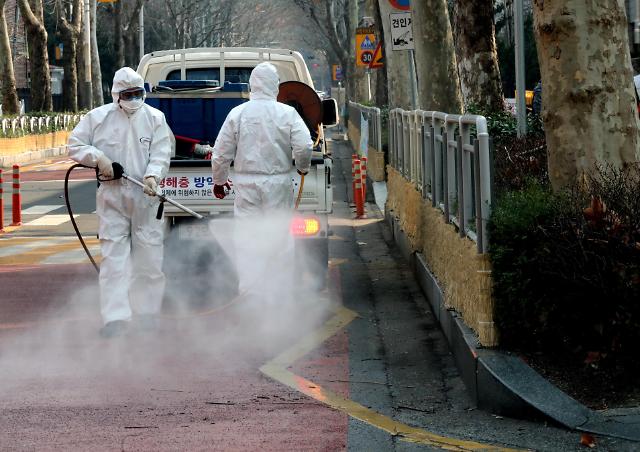 The order takes effect from March 18 through April 6. Violators can be punished with fines or the suspension of business. There are about 15,000 karaoke (singing) rooms and gaming rooms better known as PC bangs in Gyeonggi, along with more than 100 dance clubs.

Dance clubs, singing rooms and PC bangs should designate an infection control manager, ask users to wear masks, kick out those showing coronavirus symptoms, secure enough space between users, ventilate periodically, carry out disinfection twice a day, and create a list of users and contact numbers. All users should sanitize their hands.

"We've tried to avoid restrictions on economic activities as much as we could in difficult economic situations," Gyeonggi Province Governor Lee Jae-myung said on Wednesday, saying strict quarantine rules are inevitable because of sporadic group infections at such facilities.

PC bangs are LAN gaming cafes where patrons can play multiplayer computer games for an hourly fee. PC bangs provide a social meeting place for gamers, especially school-aged, to play together with their peers. Many PC rooms are open 24 hours and provide snacks, with gamers allowed to eat delivered meals.

Noraebangs, or singing rooms, are an entertainment facility with separate rooms installed with karaoke machines. As of 2018, South Korea had 34,000 Noraebangs, according to data from the Ministry of the Interior and Safety.

The number of daily infections has decreased sharply, but Prime Minister Chung Sye-kyun has urged health officials to step up quarantine measures in Seoul and Gyeonggi where half of the population is concentrated.

A day earlier, Lee issued a separate administrative order asking churches to follow seven quarantine guidelines: Check whether or not believers show symptoms before entering, Wear masks, keep hand sanitizers, maintain a distance of two meters during worship, sterilize churches before and after worship, prohibit meals during worship, and create a list of participants and contact details.

Churches that violate quarantine guidelines face fines and a total ban on services. The province will exercise the right to indemnity to retrieve the cost of quarantine and treatment. About 90 people infected with COVID-19 were related to three churches in the province.

Weekend services have been held at about 40 percent of 6,578 churches located in the province, despite repeated calls for "social distancing." Some 4,500 small churches run on cash contributions by less than 100 believers and have no facilities for online services. Seoul is in a similar situation.

Megachurches such as Yoido Full Gospel Church, which is South Korea's largest Pentecostal Christian congregation with a membership of 560,000, have suspended indoor services. The Roman Catholic Church with 5.8 million followers in South Korea has suspended Masses at all 16 dioceses. Buddhist temples have closed services at temples.