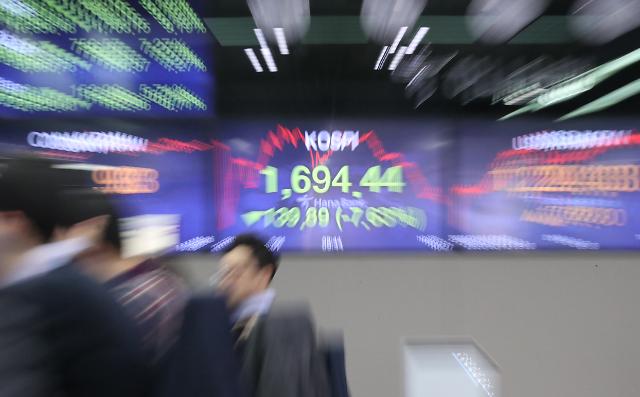 SEOUL -- South Korea imposed a ban on short-selling for six months as a global pandemic prompted foreign investors to take profit through shorting.

The Financial Services Commission said on Friday that the six-month ban would be enforced from March 16. The ban may also be extended depending on future conditions. It would be South Korea's third ban on short selling, which was banned in 2008 and 2011.

Short selling, is when an investor borrows shares and immediately sells them, hoping he or she can scoop them up later at a lower price, return them to the lender and pocket the difference. But shorting is much riskier than buying stocks, or what's known as taking a long position.

Short selling soared as the benchmark KOSPI Index fell 3.43 percent to close at 1,771.44. In an attempt to stop a free fall, Finance Minister Hong Nam-ki and Bank of Korea Governor Lee Ju-yeol agreed to take action.