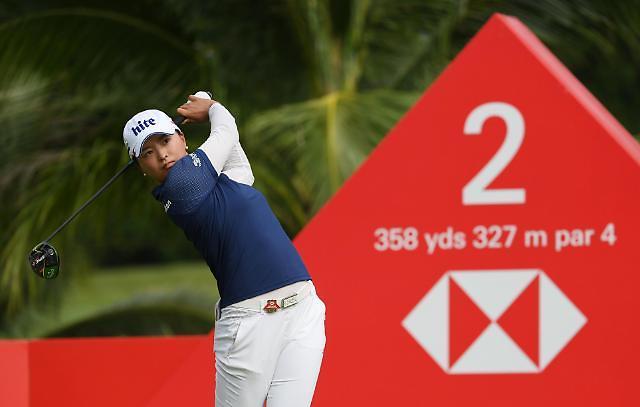 SEOUL -- Ko Jin-young, a South Korean star player on the LPGA Tour, has clinched a "strong" two-year sponsorship deal to wear the logo of Solaire Resort & Casino based in Manila, according to her agency Sema Sports. Financial terms were not given.

Sema said Ko would earn money worthy of the world's top rank. The 24-year-old was named the LPGA Rookie of the Year in 2018 and LPGA Player of the Year in the 2019 season with the official money title and the Vare Trophy for the lowest scoring average of 69.06.

"As I have a strong sponsor, I will play on the LPGA Tour with more responsibility," Ko said in a statement through her agency. "I will not be conscious of the world's No. 1 title, but I will always make up for my shortfall, try my best and challenge for a new goal."

When Solaire Resort & Casino signed a sponsorship deal with Park Sung-hyun in February 2019, Sema said her payment would be the highest as a female golfer. There have been unconfirmed news reports that Park would get a total of seven billion won ($5.9 million) for two years.