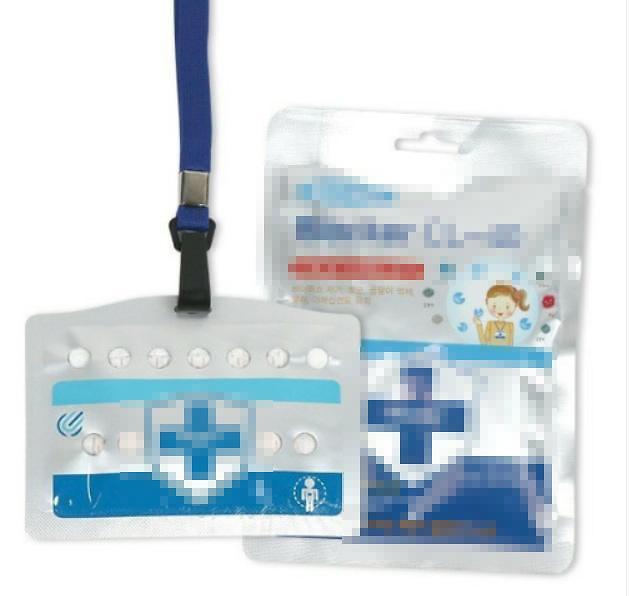 
SEOUL -- An anti-coronavirus necklace carrying solidified chlorine dioxide has been banned for deluding consumers with an unproven effect. Wearing masks or using licensed hand sanitizers is an established method recommended by health officials to prevent infection.

Sellers claim that the so-called "Corona Necklace" has a preventive effect against COVID-19 because chlorine dioxide kills viruses in the vicinity of one meter (3.2 feet) as the solidified chemical substance turns into a vapor state.

However, the Ministry of Environment said it has stopped the distribution of Corona Necklace at online shopping malls and web portals, warning chlorine dioxide can damage the mucous membrane of the respiratory system when inhaled.

"Chlorine dioxide can be used as a general sterilizer, but this should not be used as direct contact with the human body," the ministry said in a statement.

Chlorine dioxide is used for a variety of antimicrobial uses, including the disinfection of drinking water. It is toxic, hence limits on exposure to it are needed to ensure its safe use. The U.S. Food and Drug Administration has stated that chlorine dioxide has no health benefits and should not be ingested for any reason.

The government has banned the distribution of 104 disinfectants and other products which have advertized an unproven effect.