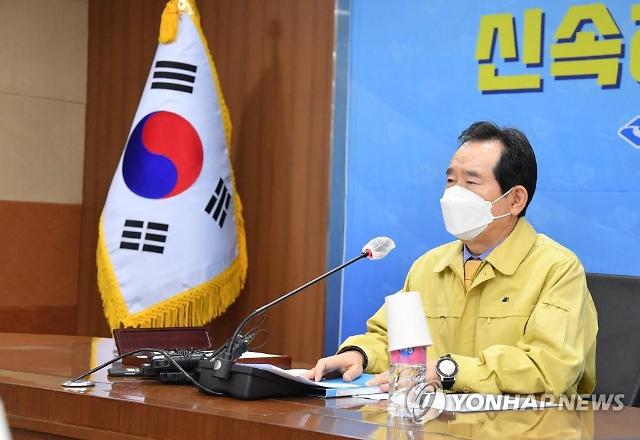 
SEOUL -- South Korean Prime Minister Chung Sye-kyun will come back home after ending a grueling two-week field battle to contain a new coronavirus epidemic as the number of new cases decreased to a stable level in the southeastern city of Daegu.

Chung is to return to Seoul on Monday, his office said. He arrived in Daegu on February 25 to spearhead a fight against COVID-19.

Health officials reported 248 new cases, bringing the total number of infections to 7,382 as of midnight on Sunday. It is the first time in 12 days that the number of new daily cases has dropped to the 200 level. The virus has killed 51 people while 166 fully recovered people have been discharged.

Health officials are concerned about a steady rise in the number of new cases in Seoul and its surrounding Gyeonggi province. Of the 248 new cases, 90 were reported in Daegu, 26 in North Gyeongsang Province, 11 in Geyoggi and ten in Seoul.

"The daily surge in confirmed cases shows signs of slowing down," Daegu Mayor Kwon Young-jin told a regular press briefing on Monday. However, he said the epidemic has spread widely throughout the city to ordinary citizens.