Infant born by woman infected with virus shows no symptoms 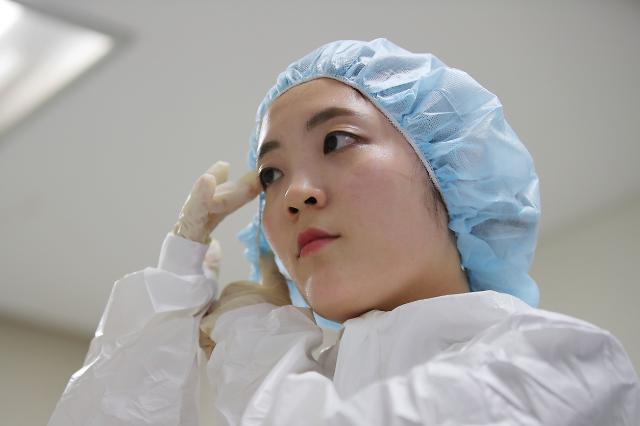 SEOUL -- An infant born by a woman infected with a novel coronavirus was found to be safe and carried no virus in a diagnostic test. South Korean experts said the chance of an intrauterine infection from pregnant women to the fetus is extremely rare.

The baby was born at Fatima Hospital on March 6 in the southeastern city of Daegu. Tests showed the newborn was negative, but the Korean Society of Pediatric Infectious Diseases cautioned that respiratory virus infections such as influenza cause side effects such as premature birth or low weight.

"It is not yet known whether or not COVID-19 causes deformity," said Bang Ji-hwan, a professor of the infectious disease division at Seoul National University College of Medicine. "There is no need to be overly afraid of COVID-19's vertical infection, as none has been reported so far."

Bang suggested that Kaletra, an anti-retroviral medication used for AIDS treatment, can be used for pregnant women. Doctors have formed a task force to find proper treatment by mixing antiviral drugs used to treat flu and HIV. Kaletra was commonly applied, but doctors were not sure whether it played a crucial role in treating patients who have fully recovered.

There are seven pregnant women infected with COVID-19, including six in Daegu and one in the southern port city of Busan. According to the Korea Centers for Disease Control and Prevention (KCDC), there are 66 patients under 10 years of age. None has been seriously ill.