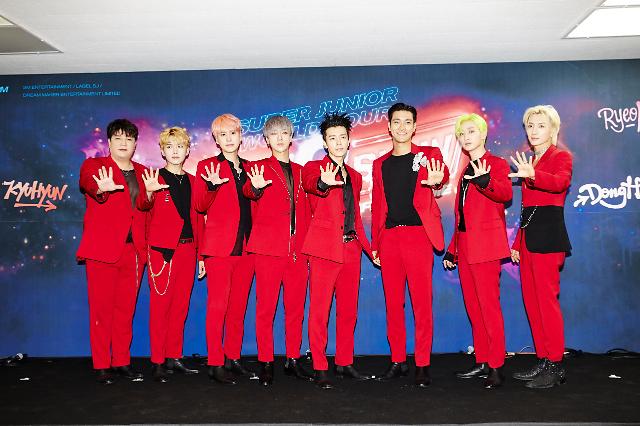 SEOUL -- K-pop band Super Junior has postponed a two-day concert to be held at Saitama, just north of Tokyo, from March 25 after Japan imposed a de facto travel ban on all South Korean visitors.

The nine-member band said in a statement uploaded to its Japanese website on Friday that it would put off the concert. Japan said that from Monday through the end of this month, visitors from South Korea and China should stay at designated facilities for two weeks and refrain from using public transportation.

"Even though our government strictly controls COVID-19 through an excellent quarantine system recognized by the world, I deeply regret that the Japanese government has taken such unfair measures," Kang said, blasting Japan for taking measures without prior consultation.

Objective statistics clearly show South Korea's "active and preemptive" quarantine capabilities and efforts, Kang said. "I tell you that we are rather concerned about Japan's response to COVID-19 such as opaque and passive quarantine measures."

Kang warned of countermeasures based on reciprocity unless Japan withdraws. "Japan's action this time is not only unfriendly but also unscientific, so I strongly urge the Japanese government to withdraw it as soon as possible while facing objective facts and circumstances."