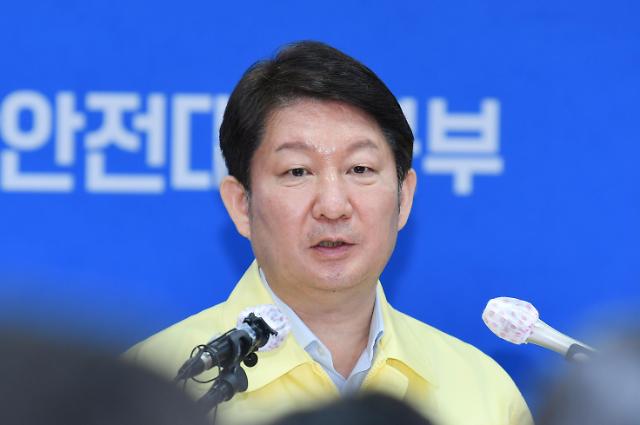 SEOUL -- The mayor of Daegu, the epicenter of South Korea's coronavirus epidemic, refused to accept a cash donation from Shincheonj Church of Jesus, accusing some followers of the religious group of dragging their feet or ignoring quarantine guidelines despite repeated calls for cooperation.

"What Shincheonji needs to do now is not to pay the money but to actively cooperate with quarantine," Daegu Mayor Kwon Young-jin said on Friday, adding he would not receive any cash donations from the religious sect led by Lee Man-hee.

Kwon said that some Shincheonji believers have rejected virus screening or refused to go to designated isolation facilities, obstructing the city's quarantine measures. Official data showed that of 10,914 Shincheonji members, 1,768 have yet to be checked, while 3,671 were found to have been infected with COVID-19.

Shincheonji sent 12 billion won ($10 million) to a charity on Thursday, saying it would join a national campaign to contain a coronavirus epidemic. The donation to Community Chest of Korea, the only government-sanctioned charity in South Korea, that supports various welfare centers and community projects, came three days after Lee apologized and vowed to do his best to help South Korea ride out the health crisis.

Shincheonji became the target of public fury since a 61-year-old follower was guaranteed on February 17 after attending services at its branch in the southeastern city of Daegu. Some 60 percent of confirmed cases were, directly and indirectly, related to the religious group, which has about 310,000 followers.

Cult busters insisted Shincheonji has omitted dozens of places from a list of chapels and facilities that was presented earlier to health officials.