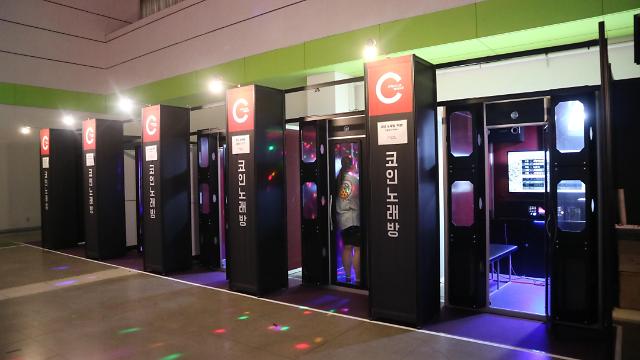 
SEOUL -- Noraebang, the South Korean version of Karaoke rooms, is not safe even if a client sings alone to avoid unnecessary contact with other people due to concerns over a coronavirus epidemic.

According to an epidemiological survey team in South Gyeongsang Province on Thursday, six patients were found to have been infected with COVID-19 after they visited an unmanned singing room each in Changnyeong County some 270 kilometers (167 miles) southeast of Seoul.

Unlike traditional singing rooms where groups of three or four visit, unmanned Noraebangs consist of small rooms for one or two using coins to pay for each song.

The place was shut down on February 27 after a 61-old woman was quarantined as a patient. Four more people tested positive later. Health officials would test more than 190 visitors.

Noraebang, an entertainment facility with separate rooms installed with karaoke machines, has been a popular place to hang out for South Koreans. In 2018, South Korea had 34,000 Noraebangs, including about 2,000 unmanned facilities, according to data from the Ministry of the Interior and Safety.

The virus has left more than 5,700 people infected and 39 dead as of Wednesday afternoon.