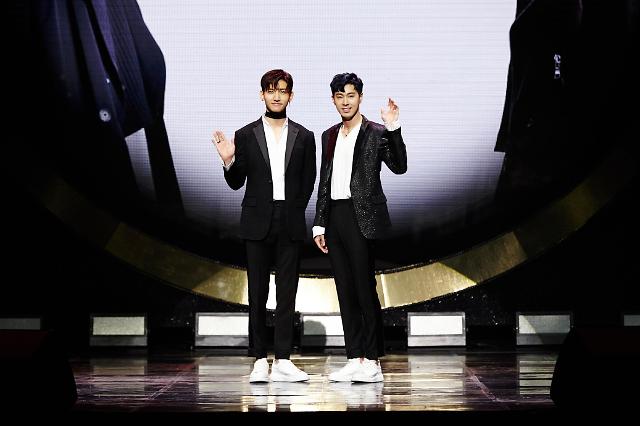 SEOUL -- SM Entertainment, an entertainment powerhouse in South Korea, warned of legal action against cyberbullies who have listed some SM artists as members of a religious cult criticized for hampering a national campaign to curb a coronavirus epidemic.

SM said in a statement on Wednesday that online rumors connecting its artists to Shincheonji Church of Jesus are not true and assured fans. The agency vowed to take legal action against online acts of defamation. Some cyberbullies have spread rumors that a member of SM's boy band duo TVXQ and several other artists were affiliated with Shincheonji.

Shincheonji has been blamed for causing a sudden spike in the number of patients since a 61-year-old follower was guaranteed on February 17 after attending services at its branch in the southeastern city of Daegu where some 4,000 Shincheonji followers and ordinary citizens have been infected with COVID-19.