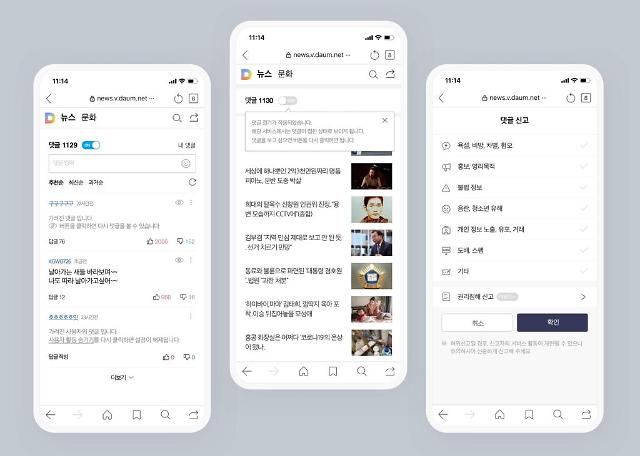 
SEOUL -- Kakao, a web service giant in South Korea, has revealed a bold plan to eradicate cyberbullies from its online cyberspace by adopting measures to permanently ban users accused of uploading hate comments or malicious rumors.

Kakao said in a statement that it would allow the users of Daum, the second-largest web portal in South Korea, and Kakao Talk, a popular messenger app, to report comments or online posts that contain discrimination or hate content.

When reports are filed, online administrators will review each case to decide whether to delete content or regulate users. Those accused of uploading harsh comments frequently could be permanently banned.

Kakao said its new policy reflects the will of many good-natured online users and promote the creation of a good online communication environment.