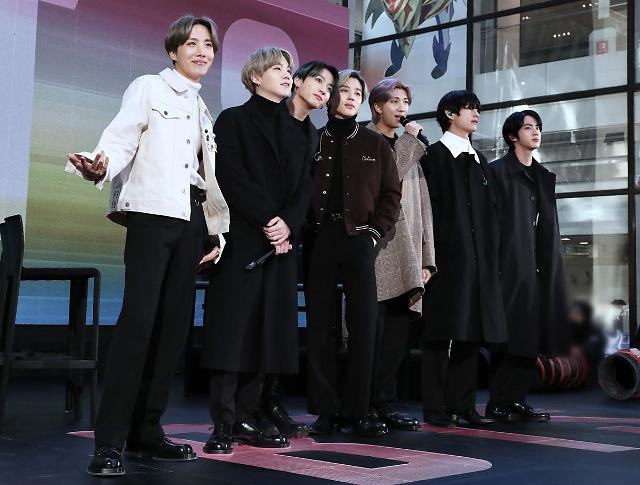 
SEOUL -- As the new album of BTS members is forecast to achieve a new milestone on Billboard's rankings, their management agency has caused a stir in South Korea's stock market with unconfirmed news that Big Hit Entertainment has selected managers to handle its initial public offering (IPO).

Big Hit's IPO has been a big market topic, but BTS founder Bang Si-hyuk gave no clear answer. The company remained silent when some media outlets reported this week that it has selected NH Investment & Securities, Korea Investment & Securities and JPMorgan as main managers while Mirae Asset Daewoo was picked as co-manager.

An IPO is underwritten by one or more investment banks. Initial public offerings can be used to raise new capital for future growth, repayment of debt, or working capital. Big Hit's consolidated sales soared 95 percent on-year to 588 billion won ($486 million) in 2019.

Bang, who was chosen by Billboard as an international power player, has pushed for structural changes to introduce a multi-label system by expanding into various genres including webtoons, animations, comic books, dramas and 3D graphic films.

Big Hit expects a bright future with the successful debut of BTS' new album, "Map of the Soul: 7," which has rocked the world music scene once again since its release on February 21. It is bound to debut atop the Billboard 200, which ranks the most popular albums of the week based on multi-metric consumption.

If confirmed as forecast, it marks the band's fourth Billboard No. 1 in a row in two years. "Map of the Soul: 7 is trending well in sales thanks in large part to the availability of four elaborate collectible CD packages," Billboard said.