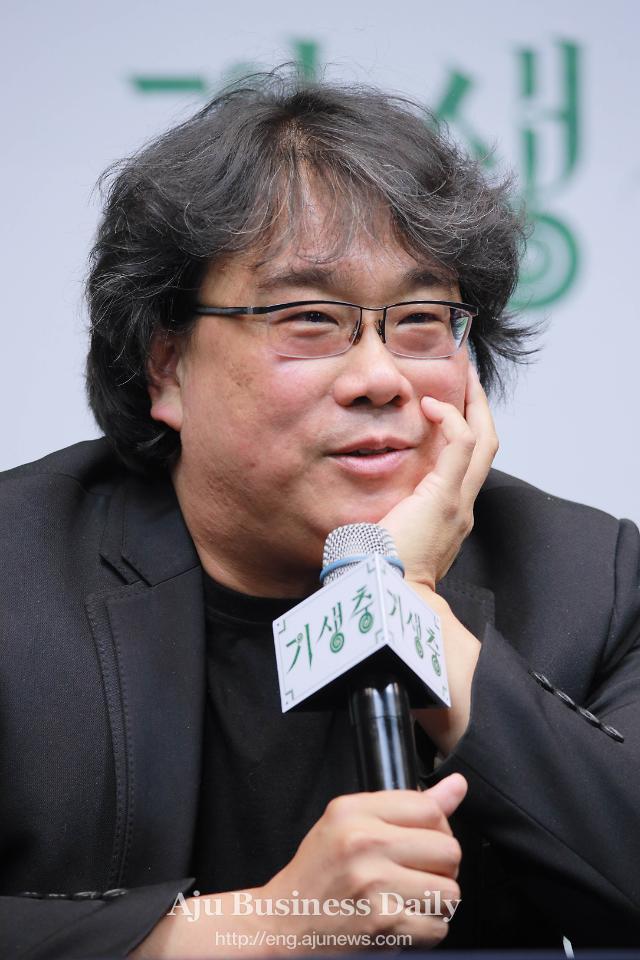 SEOUL -- Parasite director Bong Joon-ho put aside his marvelous Oscar feat to preferentially give sincere advice that South Korea's film industry should wake up from now to take on an "adventurous" path if it wants to avoid the fate of the Hong Kong film industry, which declined after a huge boom.

"There have been more than 20 years of remarkable progress than when I made my debut, and at the same time, it has become increasingly difficult for young directors to make adventurous attempts," Bong told a news conference in Seoul on Wednesday.

"We have clear memories of how the Hong Kong film industry, which was a huge boom in the '80s and '90s, declined," the director said, urging South Korean filmmakers to become more adventurous and challenging.

Parasite, a tale of class division, opened a new chapter in the history of Oscars with four titles including the best picture and best director, becoming the first non-English language film to create a global sensation. Bong said his Oscar campaign was like reading a thorny path.

"We ran with passion and far less budget than big studios and companies like Netflix," the prize-winning director said, admitting that his Oscar campaign through Neon, a minor distributor in North America, was like "a guerilla war," having more than 600 interviews and conversations with the audience more than 100 times.

While competitive films used downtown billboards or full-page newspaper ads, Bong's team campaigned in a ball and united with ideas to cover "the inferiority of supplies with teamwork," Bong said.

Bong said he once had doubts about his Oscar campaign and could not understand why busy creators waste time on campaigning and why studios spend so much money. "However, this is how we verify the works, and we can think of it as a process of checking how we made movies. I think this is what's going to be the Academy finale."

On the production of Parasite dramas with HBO, an American premium television network, Bong said he would try to make a dense TV series with five to six episodes that would dig deeper into the gap between the rich and the poor in the form of black comedy and crime drama.

Parasite has become "more explosive because it's a realistic movie" that starkly exposed class division in modern society, Bong said. "I thought it was the only way for this film to take, even though it might seem dangerous on the public side, to be as honest as much as possible about the times we live in."

Through the black-and-white version of Parasite, fans will be able to feel even more of the actors' fine expressions, details of their actions and nuances, he said. "I made it because I had a so-called fantasy about classic movies and classic movies."