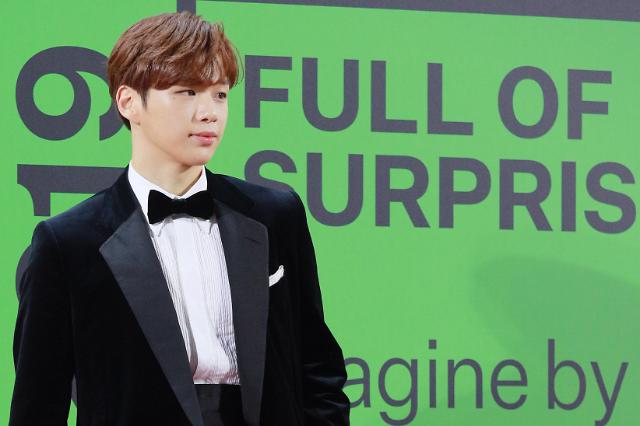 SEOUL -- Kang Daniel, a former member of South Korea's defunct project boy band Wanna One, will come back in March through a TV reality program, three months after he suspended activities due to depression and panic disorder caused by cyberbullying.

The 23-year-old will appear in "Hellow, Daniel," a program to be released through SBS F!L, a cable and satellite TV channel run by SBS Medianet (Plus) which produces media, broadcast and telecom products for non-free-to-air networks.

SBS Medianet said that the program would show Kang communicating with a variety of people in Portland, Oregon, and finding himself by challenging to what he likes. He uploaded a post onto his fan community in December last year, complaining about how people always thought negatively about him regardless of his intentions.

Kang stepped into the spotlight when he successfully ended his career as Wanna One's member a year ago. Cyberattacks intensified in the second half of 2019. His dance moves and vocal performances were attacked with hate comments and malicious rumors.

Cyberbullying has long been a social problem in South Korea. Some entertainers have committed suicide due to depression aggravated by malicious online comments. Last year, the suicide of Sulli and Hara sent shockwaves through South Korea's entertainment industry.