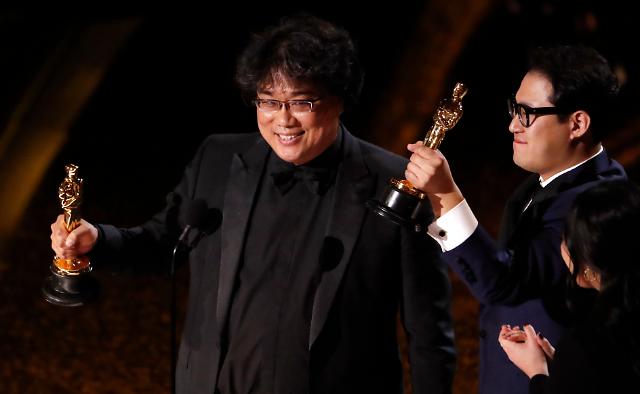 It outclassed "The Irishman," "Jojo Rabbit," "Ford v Ferrari," "Little Women," "Joker," "Marriage Story," "Once Upon a Time in Hollywood" and "1917." It is the first time that a non-English film has been chosen for the top Oscar award by the Academy of Motion Picture Arts and Sciences (AMPAS) in the more than 90 years of its history.

The top prize winner of last year's Cannes Film Festival is a family satire that depicts the entrenched social class system through the lives of two families, one rich and one poor, with Bong's unique humor and suspense.
(Yonhap)