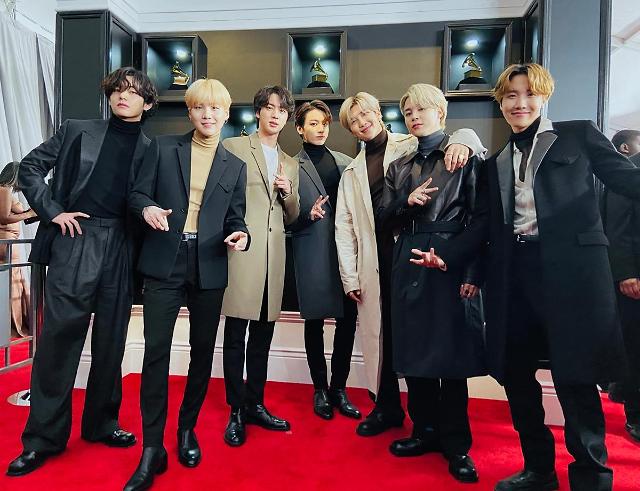 
SEOUL -- Big Hit Entertainment, the agency of K-pop sensation BTS, posted a 95 percent increase in sales in 2019. CEO Bang Si-hyuk said proudly that Big Hit has now become a multi-label company by enhancing its business area through separate incorporation of each sector.

The agency said on Wednesday that consolidates sales soared from 301.4 billion won ($253.3 million) in 2018 to 587.9 billion won in 2019. Operating profit rose from 79.8 billion won to 97.5 billion won. The agency said that through diversified businesses, video contents, intellectual property rights, and platform businesses have contributed evenly to sales.

Bang, who was chosen by Billboard as an international power player, has pushed for structural changes to introduce a multi-label system by expanding into various genres including webtoons, animations, comic books, dramas and 3D graphic films.

Big Hit's initial public offering (IPO) has been a big market topic, but Bang declined to give a clear answer. "It may be necessary to procure investment funds for various business developments," Bang said. I know there is a lot of interest in raising investment funds and possible initial public offering, but nothing has been decided at the moment."

Big Hit co-CEO Lenzo Yoon promised to speed up cooperation with more artists at home and abroad, saying the first case this year would be SEVENTEEN, a 13-member boy group formed by Pledis Entertainment. Pledis said "SEVENTEEN Weverse" would open in early 2020.

TXT, the brother band of BTS, would go on a world tour this year, while Belift vice president Choi Yoon-hyuk said that a new multinational boy group would debut this year. "It will be in a completely different format," he said, adding the goal is to create K-pop "created and enjoyed by people around the world by transplanting an idol promotion system into the global market."