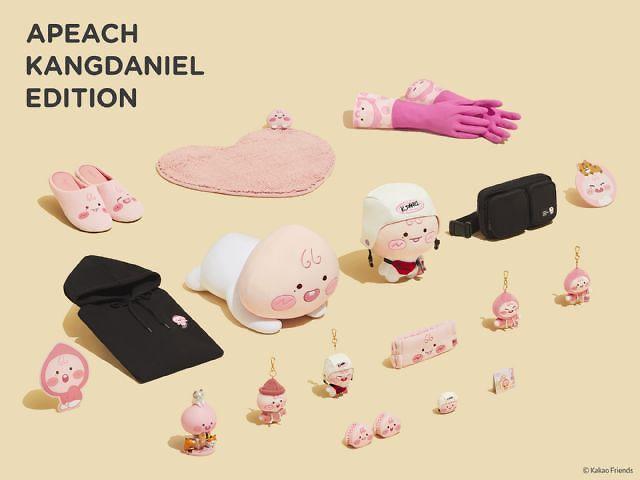 Kakao Friends, the character brand of Kakao, said on Monday that "Apeach Kang Daniel Edition" bearing the concept of the 23-year-old singer will hit the shelves at on and offline stores on February 7 and 21. Apeach is a popular character of Kakao Friends. The Kang Daniel edition has an iconic spot under its right eye to resemble that of the singer.

The special edition will come in two concepts. Kang, who is well known to be a "homebody," has reflected his ideas on everyday necessities and kitchenware including indoor slippers and rubber gloves. A homebody is a person who prefers to spend time at home instead of going out.  Everyday necessities will be released on February 7.

Other character items including keyrings that can decorate a light stick used by fans in concerts and special cases for smartphones and wireless earphones will be released on February 21.

Kang has been on a hiatus since December last year due to depression and panic disorder caused by cyberbullying. He hinted at his comeback through a handwritten letter uploaded onto his online fan community in late January.