Singer Kang Daniel hints at comeback in letter to fans 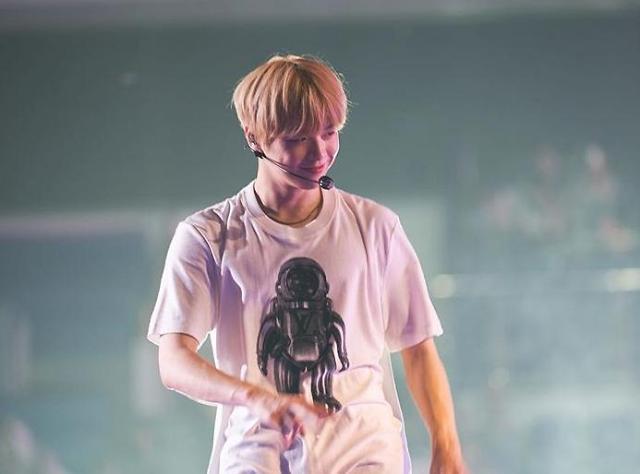 SEOUL -- Singer Kang Daniel, a former member of South Korea's defunct project boy band Wanna One, expressed his desire to come back in a handwritten letter for fans. The 23-year-old suspended all his activities in December last year due to depression and panic disorder caused by cyberbullying.

"I'm so sorry for leaving without saying a word of a good night," Kang said in a letter uploaded onto "Danity," the singer's official online fan community, on Wednesday, admitting he had to overcome an "unusually cold winter."

"My frozen winter has its end, and I guess spring begins at its end. Warm words sent by you bring spring and I will get myself back up again to meet the new season," he said, assuring fans that happy days would come.

The singer unexpectedly uploaded a post titled "Really" onto his fan community in December last year, complaining about how people always thought negatively about him regardless of his intentions.

Kang stepped into the spotlight when he successfully ended his career as Wanna One's member a year ago. Cyberattacks intensified in the second half of 2019. His dance moves and vocal performances were attacked with hate comments and malicious rumors. Some cyberbullies attacked fans. Finally, Kang suspended his activities,

Cyberbullying has long been a social problem in South Korea. Some entertainers have committed suicide due to depression aggravated by malicious online comments. Last year, the suicide of Choi Jin-ri, known by her stage name Sulli, and Goo Ha-ra, known by her stage name Hara, sent shockwaves through South Korea's entertainment industry and society.