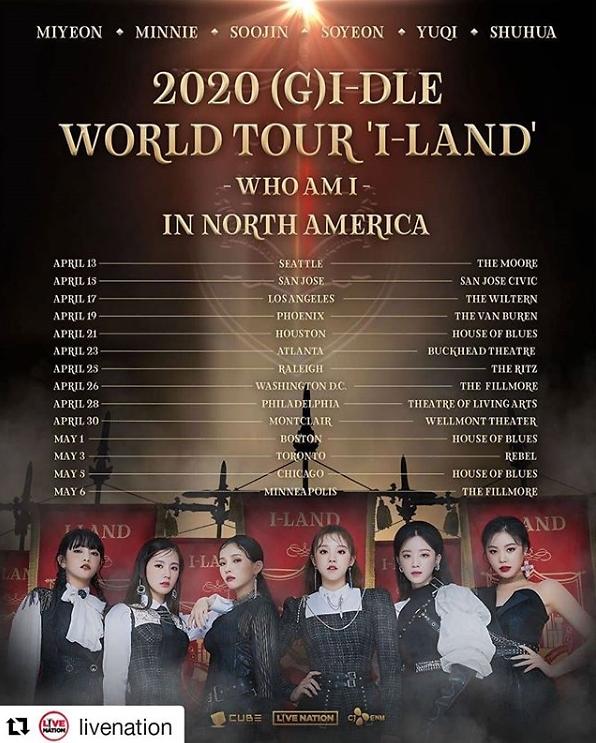 SEOUL -- (G)I-DLE, a six-member multinational girl group in South Korea, will go on the band's first world tour, starring with the first concert in Bangkok on April 4, according to Cube Entertainment.

The agency said on Wednesday that "2020 (G)I-DLE WORLD TOUR 'I-LAND : WHO AM I" will cover 32 cities in the United States, Canada, Mexico, the Netherlands, France, Britain, Spain, Australia, the Philippines, Malaysia, Indonesia, Japan and South Korea.

The girls debuted in May 2018 and were dubbed the "monster rookie" of 2018 by winning rookie awards at major year-end music award shows. Billboard ranked (G)I-DLE at the top of its list as the best new K-pop group of 2018.

Known for brand recognition and marketing power, (G)I-dle gained more recognition in 2019 after appearing on Queendom, a music competition show. In January, the group was voted as the Most Anticipated Singers/Groups in 2020 based on surveys that were participated by several Korean music agencies, broadcasting and program officials, composers and popular music critics.