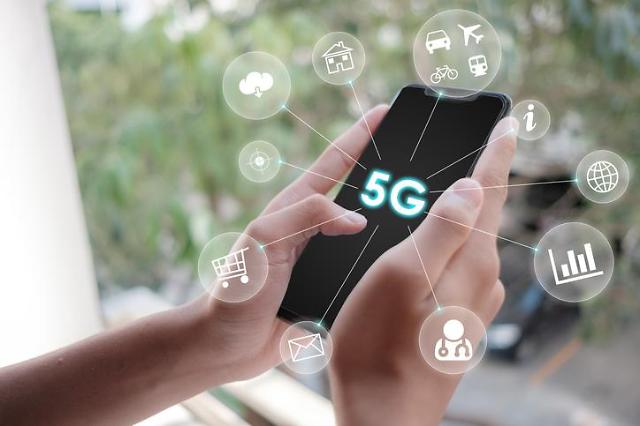 SEOUL -- The world's first rollout of a true 5G network using standalone technology is possible in the first half of this year as SK Telecom, a top mobile carrier in South Korea, completed preparations through successful data communication in an actual 5G commercial network with new technologies and equipment.

In 2019, South Korea commercialized 5G mobile networks based on non-standalone (NSA) standards, using 4G infrastructure before switching to 5G standalone (SA) that improves efficiency in massive data traffic and enables ultra-low latency and much higher capacity, which are essential for the advent of self-driving, smart factories and smart cities.

SK Telecom (SKT) said Monday that it is ready to provide 5G SA services by succeeding in data communication through a commercial network in the southern port city of Busan. 5G SA communication can be developed quickly and efficiently by upgrading software without replacing a base station.

"The successful 5G SA communication in the commercial network means the commercialization of a true 5G network, which will be the basis for innovation and change in the entire industry, is just around the corner," said SKT's 5GX Labs head Park Jong-kwan. SKT said that communication access time is twice as fast as 5G NSA and data processing efficiency is about three times more efficient.

5G MEC is designed to be implemented at cellular base stations or other edge nodes and enables flexible and rapid deployment of new applications and services for clients. By running applications and performing related processing tasks closer to the cellular customer, network congestion is reduced and applications perform better.

There have been technological advances achieved by South Korean companies. On January 15, KT claimed to have successfully verified the on-site transmission of data from a self-driving vehicle and a base station using the frequency of 28GHz bandwidth.

The 28GHz-based 5G network will make data transmission speed faster especially in areas where traffic is concentrated, such as stadiums and large shopping malls. Essential network services for self-driving cars will be safer.

In October 2019, KT announced the development of an open 5G beamforming base station in the 28GHz band through cooperation with Movandi, a U.S. 5G startup. Beam-forming focuses power to desired users to form beams, expand coverage and increase speed in the 28GHz band. KT's beam-forming technology is possible among equipment from different manufacturers.