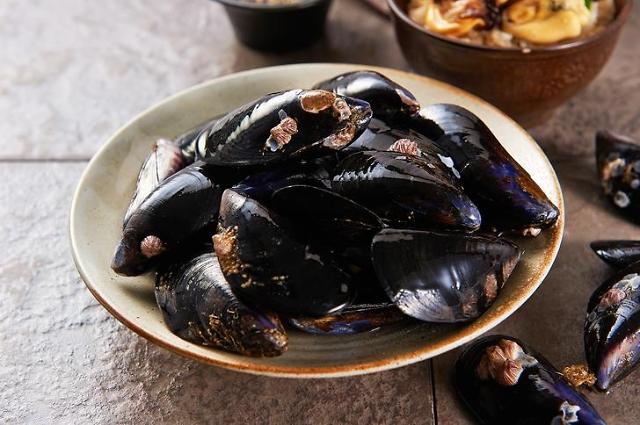 SEOUL -- Byssal threads, used to anchor mussels to substrates, are now recognized as superior bonding agents. Researchers have studied the molecules of mussels to develop glues for industrial, medical and other applications, but it's been difficult to make powerful underwater adhesives.

"We believe that we can create an underwater life adhesive on a different level than the existing one," said team leader Cha Hyung-joon, a POSTECH chemical engineering professor. His team analyzed relations between two mussel molecules, lysine and L-dopa. In previous studies, the high content of modified amino acid L-dopa has been found in the glue-like material secreted by mussels.

"It is meaningful with the new discovery about synergies of the two molecules of dopa and lysine, which are known to play an important role in underwater adhesion," Cha said. Lysine is an essential amino acid that has a net positive charge.

The foot of marine mussels is tongue-like in shape, with a groove on the ventral surface which is continuous with the byssus pit. In this pit, a viscous secretion is exuded, entering the groove and hardening gradually upon contact with seawater. This forms extremely tough, strong, elastic, byssal threads that secure the mussel to its substrate allowing it to remain sessile in areas of high flow.

Cha's team found that not only dopa but also lysine molecules play an important role in underwater adhesion by revealing the mechanism that their synergies act differently on surface adhesion and cohesion depending on their distance. A little separation of the two molecules increased adhesion but it decreases when they are attached to each other at a particular location.