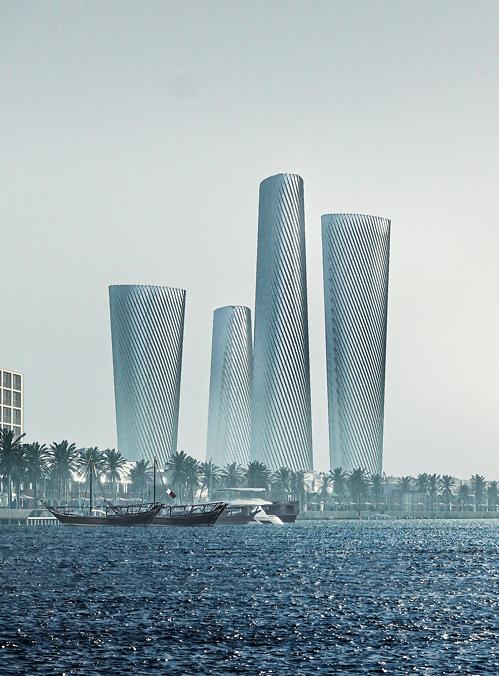 This imaginary computer graphic image shows a high-rise office building that will be built in Lusail, a planned smart city in Qatar. [Courtesy of Hyundai E&C]


SEOUL -- Hyundai Engineering and Construction, a major South Korean builder, has secured a fresh order worth 609 billion won ($527 million) to build a high-rise office building in Lusail, a planned smart city in Qatar. It marked the builder's second construction order this year in the same region.

Hyundai E&C said in a regulatory filing on Tuesday that it received a letter of acceptance (LOA) from Lusail Real Estate Development Co. for the Plot 3 construction of an office building with 70 floors above ground, a shopping district and auxiliary facilities. The builder aims to finish construction by October 29, 2022.

Hyundai E&C won a 613 billion won contract for the area's Plot 4 construction on January 2 on Lusail Plaza, which will become a landmark at the center of Lusail City.

Qatar builds Lusail City over an area of 35 square kilometers on the northern coastal part of the municipality of Al Daayen. It is planned to have marinas, residential areas, island resorts, commercial districts, luxury shopping and leisure facilities, and a golf course community, man-made islands and entertainment districts.

In a separate deal, the builder has teamed up with a local company to win an order this month for the construction of the Punggol sports center in Singapore. Hyundai E&C's stake is worth 190 billion won. The construction of a six-story building and an outdoor stadium will be completed in January 2023.