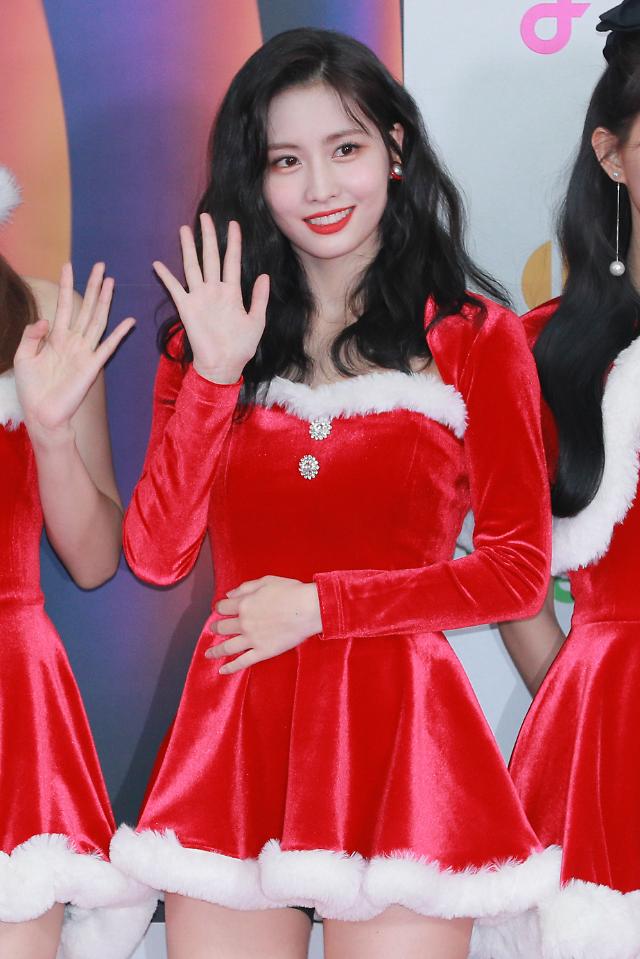 
SEOUL -- Hirai Momo, a Japanse member of K-pop girl band TWICE, has been in love with Kim Hee-chul, a Super Junior member, their management agencies said five months after they dismissed the romance as false.

Kim, 36, and Momo, 23, were "recently found to have met in mutual favor" while maintaining their close friendship, both JYP Entertainment and Label SJ said on Thursday in a short separate statement. When the couple's love affairs were reported in August, the two agencies issued strong denials.

Momo, known for her physical fitness and body movements, is one of the most popular non-Korean K-pop stars. She moved to South Korea in April 2012 and became a TWICE member through a reality TV show hosted by JYP.

While actively participating in various TV entertainment and radio programs, Kim has expressed his interest in Momo.