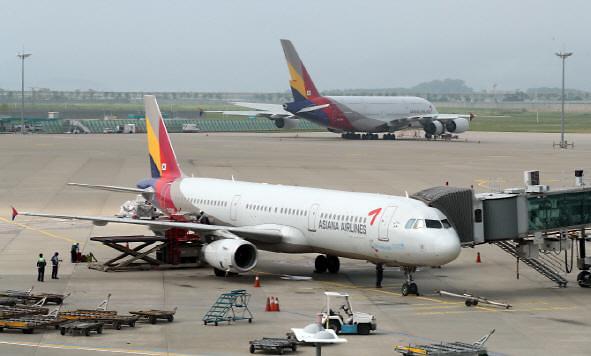 A formal contract was signed on Friday between a consortium led by HDC and Kumho Industrial, the holding company of the Kumho Asiana group. HDC has teamed up with Mirae Asset Daewoo, the brokerage subsidiary of Mirae Asset, a major financial and asset management group, to acquire a 30.77-percent stake in Asiana and its affiliates including two budget carriers, Air Seoul and Air Busan.

HDC Hyundai Development is the parent entity in HDC Group, which has 24 subsidiaries in construction, petrochemicals, retail, property and financial management, healthcare, leisure, sports and finance. "We will immediately begin the acquisition process to stabilize Asiana Airlines as soon as possible so that it will be reborn as an airline that puts top priority on safety," said HDC Chairman Chung Mong-gyu.

However, Chung has been confident of changing Asiana into a sound company in its financial structure through the injection of new money that will significantly lower its debt ratio below 300 percent from 660 percent and raise capital from 1.4 trillion won to 3.5 trillion won.

The acquisition of Asiana underlines HDC's drive to diversify its business portfolio into mobility, a concept that the HDC chairman has perceived for a long time since he took his hands off Hyundai Motor and turned over its leadership to Chung Mong-koo, the great son of the late founder of the Hyundai empire.