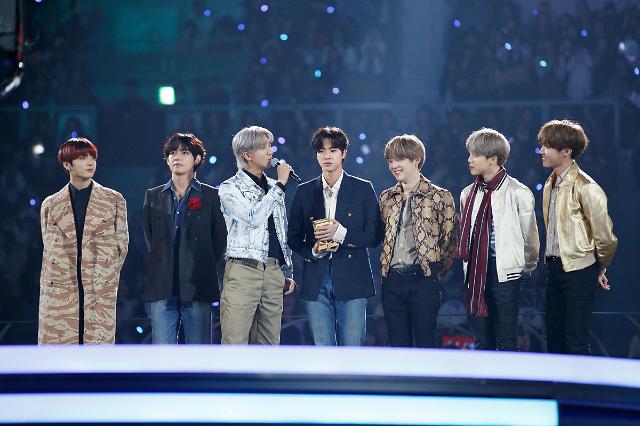 SEOUL -- The agency of BTS acknowledged a minor dispute over detailed terms of a contract, which was renewed last year, but rebutted a new report that the K-pop band has sought advice from a law firm for legal action because the two sides failed to narrow differences over profit distribution.

The report by Newsroom, the prime time news program of South Korean cable TV broadcaster JTBC, on Monday was not true, Big Hit Entertainment said in a statement on Tuesday, calling for JTBC's sincere apology and explanation. The agency expressed regrets for reporting in a way that stirs up conflict and as if there was a "serious" dispute.

"Currently, BTS members and their parents are not considering any legal action including a lawsuit against our company," Big Hit said, admitting both sides were discussing some slight issues that would not affect the exclusive contract.

Parents contacted a legal office to review some parts of the contract two months ago, but such contact did not lead to official advice for legal action, the agency said. "We have recommended that BTS and parents actively use outside counselors such as accountants and lawyers in finance, settlement and law. As the value that BTS creates grows day by day, we believe it's natural for BTS to listen to professional opinions from outside as a team or as an individual."