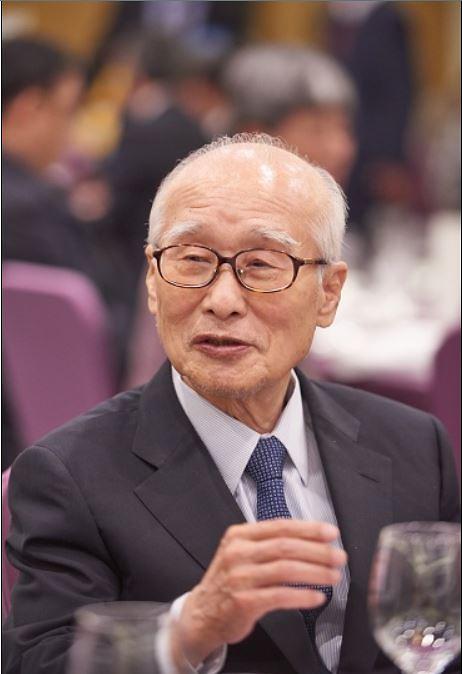 Kim, the founder of the company, died of a chronic disease at a hospital in Suwon, just south of Seoul, at 11:50 p.m., according to Daewoosky Institute, which represents former employees of Daewoo.

Daewoo Group was founded in 1967 and became the second-largest conglomerate in South Korea after Hyundai Group. During the Asian financial crisis in 1997, the company ran into deep financial problems and was declared bankrupt in 1999. Daewoo's flagship company, Daewoo Motor, was sold to General Motors in 2002 and renamed GM Korea. Its other affiliates, such as Daewoo Engineering & Construction and Daewoo Shipbuilding & Marine Engineering, were sold to domestic rivals.

Following Daewoo's demise, Kim spent most of his time in Vietnam, where he focused on fostering Korean entrepreneurs under a project dubbed Global Young Business Manager. As his health deteriorated, the former chairman returned to South Korea last year and received medical treatment at Ajou University Hospital, which he founded. He died Monday at that hospital.

As his will, Kim asked that the GYBM program be continually developed to help the youth enter foreign markets and not only find employment but also launch their own businesses there, a Daewoo spokesperson said.

Daewoo once comprised an extensive empire spanning from autos and ships to home appliances and financial services, with 41 domestic affiliates and 396 overseas operations by 1998. But the group's enthusiastic buying spree, which had fueled its meteoric growth, hit the conglomerate like a boomerang amid the financial crisis.

After the group declared insolvency in 1999, Kim was forced to carry the burden of the consequences. Once an inspiration to the country's youth, he was denigrated as a businessman whose buying binge crushed the households of thousands of Daewoo employees who were laid off. In 2006, he was sentenced to 8 1/2 years in prison for window-dressing corporate finance books and ordered to forfeit 17.9 trillion won (US$15 billion). He received a special presidential pardon the following year.
(Yonhap)