Trump hints U.S. may use military force against N.K. if necessary: Yonhap 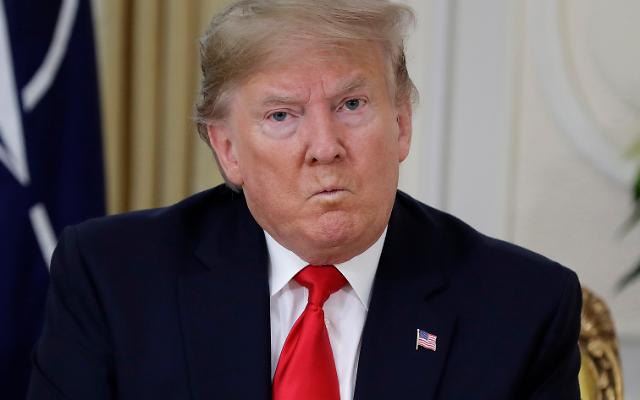 WASHINGTON -- U.S. President Donald Trump hinted that the United States may use military force against North Korea if necessary, after Pyongyang warned that an end-of-year deadline for the two countries' denuclearization negotiations is drawing near.

Trump revived the threat of military action as negotiations between Washington and Pyongyang have stalled over how to match the North's denuclearization steps with U.S. concessions. But the U.S. president also emphasized his close personal relationship with North Korean leader Kim Jong-un, saying he hopes Kim will abide by his commitment to dismantle his country's nuclear weapons program.

"Now we have the most powerful military we've ever had and we're by far the most powerful country in the world," Trump told reporters in London, where he is attending a meeting of North Atlantic Treaty Organization leaders. "And, hopefully, we don't have to use it, but if we do, we'll use it. If we have to, we'll do it," he said.

Trump previously threatened to "totally destroy" the communist regime in 2017 when tensions ran high over the North's testing of nuclear weapons and intercontinental ballistic missiles.
(Yonhap)