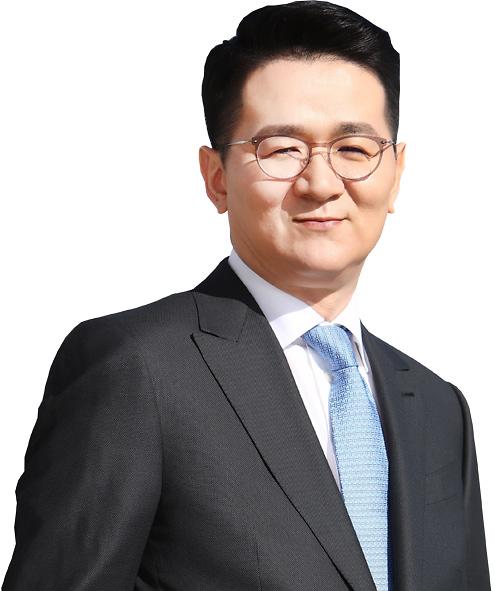 SEOUL -- The new chairman of South Korea's scandal-stricken Hanjin Group unveiled a conservative business strategy to focus on improving the financial structure of Korean Air as group units have been under pressure to enhance their corporate governance and transparency in accounting and management, especially since the death of his father.

Cho Won-Tae, 43, was officially designated as Hanjin Group chairman in May to succeed his father who died on April 8. However, he has a mountain of work to consolidate his leadership as the sudden death of his father led to the group's third-generation transfer of leadership in a state of unpreparedness.

"I will just defend against what comes from the outside world," Cho told a meeting of Korean reporters in New York, citing internal and external uncertainties that could delay the turnaround of Korean Air, the country's top flag carrier. He said he would try to improve the high-cost structure of group units and reduce costs.

He said he would pay attention to overall restructuring only after Korean Air and other core businesses were put back into shape. "Korean Air is the mainstay and I have little interest except in the business of supporting it."

The new chairman said he would seek further cooperation with Delta Air Lines, a major American airline headquartered in Atlanta. "We have a lot of things that we want to do and they are the same, but we are hesitant due to the limitations of domestic law." Delta CEO Ed Bastian was a close business partner of Hanjin's late patriarch Cho Yang-ho.

Delta and Korean Air launched a trans-Pacific joint venture in May 2018, providing customers with seamless access to more than 290 destinations in the U.S. and over 80 destinations in Asia. In June this year, Delta purchased a 4.3 percent equity stake in Hanjin-KAL, the group's virtual holding company which controls Korean Air. Delta increased its stake to 10 percent in September.

Hanjin has been hit hard by a series of scandals since the new chairman's younger sister, Cho Hyun-min, threw a glass cup and sprayed plum juice during a business meeting with advertising agency officials. The incident fueled public anger, leading to multiple investigations into the chairman, his wife and children on charges of creating a slush fund, evading taxes, bringing in luxury foreign goods illegally, abusing and assaulting company employees and others.

With support from civic groups, KCGI, the country's first activist private equity fund which holds a 16-percent stake in Hanjin-KAL, has urged the group to improve its image and regain social credibility. The fund wants Korean Air to spin off and list its aerospace research and manufacturing division for long-term growth as a competitive entity.

The equity fund demanded that Hanjin-KAL lower its debt-to-equity ratio, which stood at 922.5 percent at the end of September, by selling noncore assets. The Cho family and relatives together hold a 28.93 percent stake in Hanjin-KAL.

In November, Hanjin-KAL's board of directors decided to set up a governance committee in charge of conducting a feasibility study on management issues directly related to shareholders' value before a decision is made and review the legality of transactions between affiliates. A separate compensation committee composed of outside directors would see if wages for executives will be set in a fair and transparent manner.