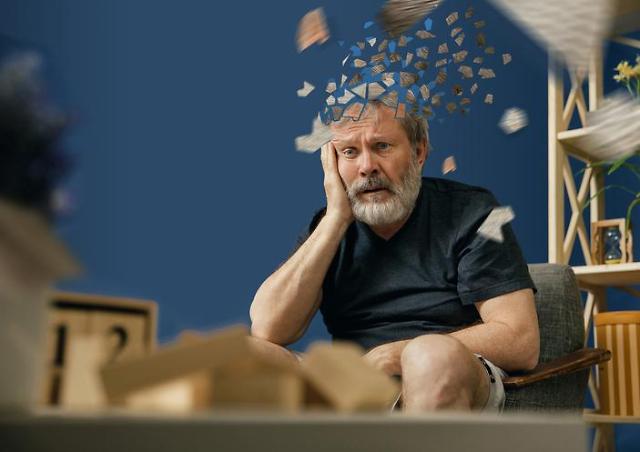 SEOUL -- Despite numerous clinical trials led by pharmaceutical companies, it has been very challenging to develop a medication that can cure dementia, but a research team from Gladstone Institutes is cautiously hopeful about overcoming it thanks to a growing understanding of basic disease processes and advanced gene-editing technology.

Alzheimer's disease is a progressive disorder that causes brain cells to degenerate and die. There are medicines that help slow the degeneration of the brain and reduce some symptoms. However, there's no actual cure. Estimates show the number of people who suffer from Alzheimer's disease around the world will double to 34 million by 2025.

A study from Gladstone Institutes affiliated with the University of California, San Francisco (UCSF), on the abnormal accumulation of tau protein in the brain revealed crucial information that can be used to develop dementia medications in the future.

The new study provides "new insight into disease mechanism and therapeutic target" for dementia, Peter Dongmin Sohn, a Gladstone research scientist, said in an interview with Aju Business Daily. "This study adds (to) evidence that backs a therapeutic strategy of targeting tau in some of the ongoing clinical trials and also suggests the possibility of new drug targets in the axon initial segment of a neuron."

Although his study still requires validations in animal models, tests for safety and efficacy, and multiple rounds of clinical trials, Sohn expressed guarded optimism, saying he was "cautiously hopeful about overcoming dementia, including Alzheimer’s disease, as we have a growing understanding of basic disease processes."

"Recent advances of gene-editing technology using CRISPR and large-scale sequencing technology are unprecedentedly accelerating the scientific discovery of new drug targets," he said. CRISPR is a family of DNA sequences found within the genomes of prokaryotic organisms such as bacteria and archaea.

Sohn thinks that the lessons that pharmaceutical companies have learned from developing cancer treatment for decades may be able to help shorten the time required for new dementia treatment.

"The abnormal accumulation of tau protein in the brain is a major hallmark of dementia, including Alzheimer's disease. The fact that mutations of tau gene can cause the death of brain cells and memory loss in patients highlights the importance of tau in developing symptoms of dementia," he said.

However, how the tau protein destroys the functions of brain cells has yet to be fully understood, Sohn said, adding his study revealed an "unexpected mechanism" by which tau protein can disrupt neuronal functions. "I found that the mutant tau protein changed structures of cellular compartment called 'the axon initial segment,' using stem cells collected from dementia patients." 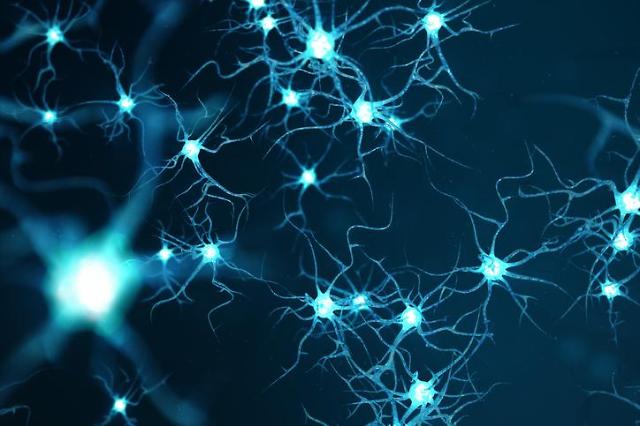 As there is no effective treatment that can restore reduced cognitive ability in dementia patients, researchers need a better understanding of how the disease disrupts the brain. Sohn concedes the development of a new treatment is a slow and painstaking process.

Cancer immunotherapy is a great triumphant example of how basic understanding of biology can be translated into therapeutic outcome, but it took a couple of decades for scientific discovery to be turned into an effective cancer medication, Sohn said. "Besides strategies targeting tau, I am hopeful that the latest fascinating discovery of the importance of brain immune system in developing dementia will also shed light on an effective treatment that can stop or delay the disease progression."

Sohn could not give a concrete prediction on when an effective dementia medication would be commercialized. "My short answer is at least a decade, but it really depends. There are a number of hurdles that a new study has to pass along the way from bench to bedside."

"Although the slow pace can be disappointing for dementia patients and their families who are desperately waiting for a new treatment, giving a false hype can even make a situation worse for both patients and researchers in the long run," the researcher said.

Good news, he said, is that a few promising ongoing clinical trials are "getting close to the finish line." "Considering that there are different types and stages of dementia, it is unlikely that one drug can solve all the problems. Conquering dementia will be a step-wise process that needs persistent support."

Sohn regards the depth and breadth of basic research as the most powerful strength of the UCSF science community. Although outsiders could easily assume that the outcome of biology research studies should readily be applied to the development of treatment, many laboratories in UCSF conduct basic biology research that is not necessarily aiming to produce knowledge immediately applicable to disease research.

"This basic research becomes the foundation for most impactful biomedical innovation," Sohn said. A scientific discovery that led to cancer immunotherapy came from basic research studying fundamental questions about the immune system irrelevant to cancer, he said, adding a large portion of his research was built on the knowledge generated by many other scientists from basic research laboratories.

Becoming a professor had been the only desired career option for Ph.D. students, but only 10~20 percent can get tenure-track academic jobs as professors or independent investigators. Sohn said that UCSF took an initiative to create a safe atmosphere where Ph.D. students can explore diverse career paths ranging from research positions in biotech startups and pharmaceutical companies to non-research jobs in consulting and policymaking.

"As a result, besides traditional academic positions, biology PhDs are now joining emerging startups and biotech companies in the San Francisco Bay Area and even starting their own business with technology that they developed during academic training," Sohn said.

Both the quantity and quality of research done by Korean life scientists keep expanding in the US, especially in the San Francisco Bay Area where hundreds of Korean postdoctoral fellows and graduate students work in the field of biology at universities such as UCSF, Stanford, UC Berkeley and UC Davis, hosting symposiums to actively exchange new ideas about their research and to connect with peers for research collaboration, Sohn said.

"There are also a great number of Korean professionals with various expertise in biotech industries primarily in San Francisco and Boston. Some are leading innovations in the frontiers of biotech startups with their cutting-edge technology, ranging from gene therapy to precision medicine."

(Peter Dongmin Sohn works as a research scientist at Gladstone Institutes after graduating from a neuroscience Ph.D. program at the University of California, San Francisco (UCSF), a top public recipient of National Institutes of Health funds. UCSF has graduate programs focused on biomedical research. Gladstone Institutes is a UCSF-affiliated research organization specialized in neurological, cardiovascular, and viral diseases.)