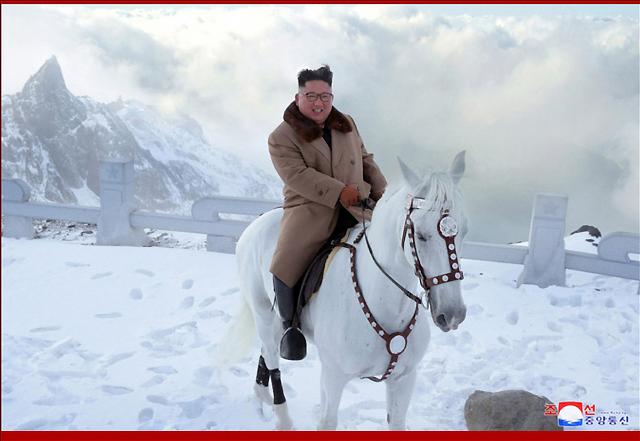 
SEOUL -- In a guarded peace gesture that followed the collapse of dialogue in Sweden, North Korea called for a "motive force" to overcome obstacles to denuclearization negotiations and advance bilateral relations in a better direction, based on what it called close and firm relations between the leaders of the two countries.

Pyongyang condemned a "trite" U.S. attitude as the cause of a failed deal in nuclear talks in Stockholm on October 5 and refused to sit down for fresh dialogue until Washington takes a substantial step to make the complete and irreversible withdrawal of its hostile policy. North Korean leader Kim Jong-un has threatened to take a different path, urging Washington to come up with a "fair" and "mutually acceptable" deal by the end of this year.

"I sincerely hope that a motive force to overcome all the obstacles between the DPRK (North Korea) and the U.S. and to advance the bilateral relations in the better direction will be provided on the basis of the close relationship," the adviser said, adding the North Korean leader regards his relationship with Trump as "special"

Contrary to Trump's political judgment and intention, policymakers and political circles in Washington were "hostile" to Pyongyang "for no reason, preoccupied with the Cold War mentality and ideological prejudice," Kim Kye-gwan said. "(If) there is a will, there is a way. We want to see how wisely the U.S. will pass the end of the year."

Talks between Kim and Trump in Vietnam in February broke down without an agreement. However, Trump surprised the world with a historic rendezvous with Kim Jong-un on June 30 and became the first U.S. head of state to step onto the soil of North Korea in the truce village of Panmunjom, a symbol of division and Cold-War confrontation.