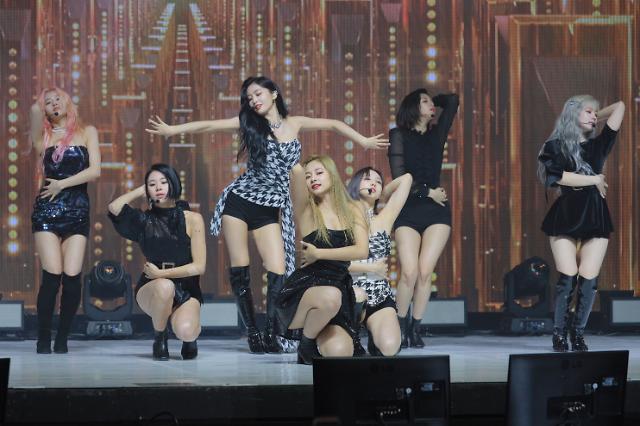 The agency said in a statement on Wednesday that it filed complaints with a police station in Seoul after deciding that "hate comments and online posts containing contents of defamation, sexual harassment and personal attacks targeting TWICE was very serious."

JYP singled out eight cyberbullies for initial action and vowed to take additional actions, saying that acts of cyberbullying can seriously hurt the personality and psychology of artists.

South Korea's entertainment society is reeling from the death of Choi Jin-ri, known by her stage name Sulli, who committed suicide on October 14 after being dogged by hate comments and malicious rumors created by cyberbullies for many years.

While many popular K-pop artists became the target of cyber terrorism, TWICE was no exception. JYP has sued cyberbullies who attacked Mina, a 22-year-old Japanese member who pulled out of TWICE's world tour concert earlier this year due to extreme anxiety and insecurity.