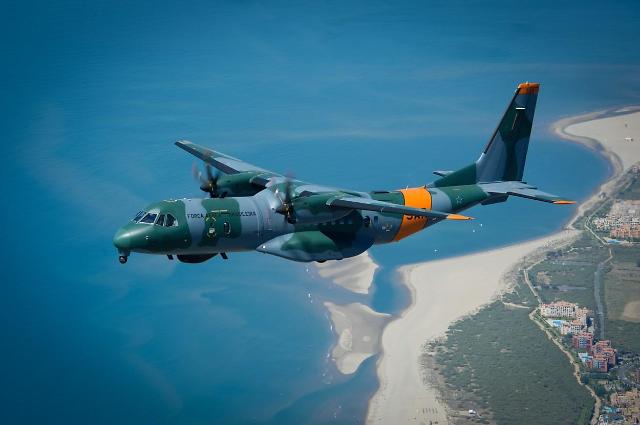 "The C295 MPA is highly competent with state-of-the-art mission systems and comprehensive sensor suites," Johan Pelissier, head of Asia Pacific within Airbus Defence and Space, said at Seoul ADEX 2019, an aerospace and defense exhibition at a military airport in Seongnam, south of Seoul.

The C295 MPA is an excellent solution for South Korea’s surveillance requirements, Airbus said, pointing to the aircraft's proven success with operators from Brazil, Chile, Oman and Portugal on maritime patrol and surveillance missions. "The C295 offers low risks and low operating costs, which we are confident, will translate into significant savings for South Korea," Pelissier said in a statement released by Airbus.

At ADEX, Airbus is also featuring the capabilities of A400M, a four-engine turboprop military transport aircraft designed as a tactical airlifter with strategic capabilities. Airbus said the A400M can carry heavier loads than Lockheed's C-130 Hercules and is able to use rough landing strips.

Airbus described the A400M as "the most modern aircraft in its class" which can fly twice as far and carry two times more payload as competitors. "This new-generation large tactical airlifter has contributed excellently in humanitarian missions around the world. It is undisputedly the best platform for countries operating legacy airlifters due for modernization," said Pelissier.