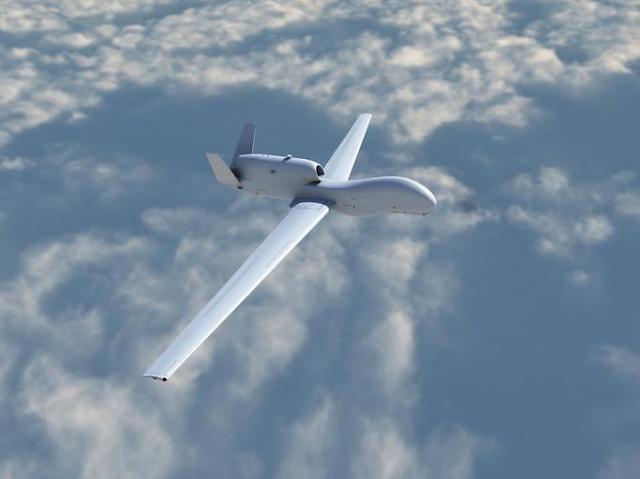 SEOUL -- Korea Air has agreed to team up with Raytheon, a major U.S. defense contractor, in pushing for their participation in South Korea's military project to introduce surveillance aircraft for ground-based mobile target monitoring and early warning systems that are required to closely monitor North Korean missile bases.

The two companies signed a memorandum of understanding on technical cooperation at Seoul ADEX 2019, an aerospace and defense exhibition held at a military airport in Seongnam, south of Seoul. They agreed to jointly participate in the South Korean version of an ISTAR (intelligence, surveillance, target acquisition and reconnaissance) system and cooperate in making inroads into overseas markets.

ISTAR, which refers to the integrated capacity to acquire process, exploit and disseminate intelligence information, links several battlefield functions to assist a combat force in employing sensors and managing the information they gather. Information collected through systematic observation is passed to intelligence personnel for analysis for the planning and development of military operations.

Raytheon will provide a multiple-intelligence (Multi-INT) platform that uses artificial intelligence, radar and advanced processing capabilities to provide aircrews with an integrated view of the battlespace. Korean Air will deliver design, logistics and services.

"We expect to make a great contribution to increase surveillance and reconnaissance capabilities for the Korean military by collaboration between Raytheon, which has the world’s best mission equipment technology, and Korean Air which has the best aircraft upgrade and MRO capabilities in Korea," Korean Air executive vice president Lee Soo-Keun said in a statement. MRO stands for maintenance, repair and overhaul.

The purchase of ISTAR-type surveillance aircraft gained attention this year after North Korea tested new short-range missiles, including an upgraded version of Russia's ballistic missile, Iskander, which is a very sophisticated system that flies on a flattened trajectory and alters its flight path after the boost phase, with defenses unable to precisely predict its flight path.

South Korea has been a big market for defense contractors with its multi-billion-dollar purchase list including a number of advanced weapons and equipment such as Boeing's EA-18G Growlers, Boeing's E-737 early warning aircraft and missiles. Four E-737s are already in service in South Korea.