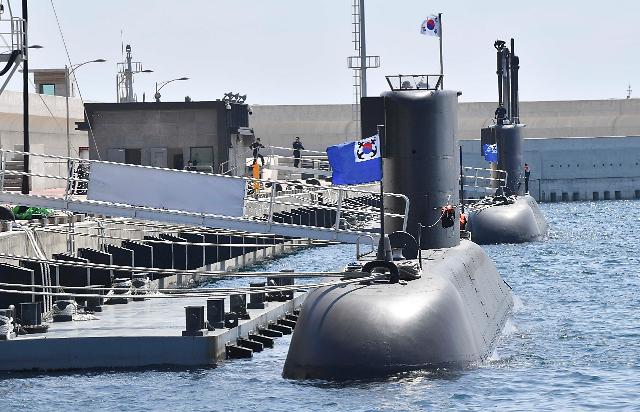 SEOUL -- South Korea has not abandoned hopes of having a home-made nuclear submarine by maintaining a related task force as part of a long-term defense build-up program, in spite of indifference that increased due to a dramatic letup in military tensions following a series of inter-Korean summits.

In a report to a parliamentary audit on Thursday, the navy said it has operated a task force related to nuclear-powered submarines from a long-term perspective. Choi Jae-sung, a lawmaker from the ruling Democratic Party, said that the development of a nuclear submarined had been secretly pushed forward by Roh Moo-hyun, the late liberal politician who served as president from 2003 to 2008, but the project was suspended soon after it was exposed to the outside world.

The idea of developing nuclear submarines came back in 2007 when the test launch of North Korea's submarine-launched ballistic missiles (SLBMs) raised security concerns, but discussions have been slow, Choi said. "There has been no further review since 2007 when two research services about nuclear-powered submarines were conducted," he said, adding the navy's task force is now collecting simple and basic information.

South Korea has a three-phase project to develop a fleet of submarines. Through the first phase, nine 1,200-ton diesel-electric subs have been built under license. The second phase calls for the construction of six 214 hybrid diesel-electric/fuel cell vessels. Through the third phase, nine 3,000-ton subs will be built with indigenous technologies.

The necessity of developing a nuclear submarined gained attention again after North Korea claimed to have successfully tested a new-type SLBM called Pukguksong-3 on October 2, saying it scientifically and technically confirmed "key tactical and technical indexes" of the newly-designed missile.

North Korea's long-range ballistic missile program, coupled with the development of SLBMs, has been a prime security concern in Seoul and Washington, though US experts believe Pyongyang is still years away from the operational deployment of an SLBM submarine carrying ballistic missile for wartime missions.