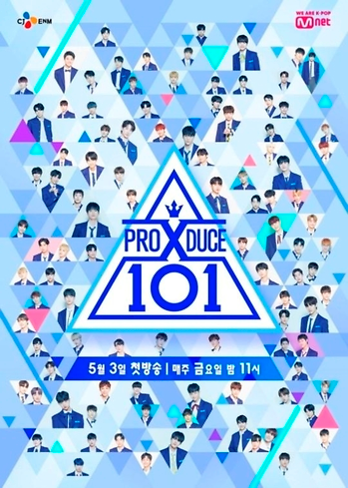 SEOUL -- Police launched a raid into entertainment agencies of X1, a project boy band formed through Produce X 101, the fourth season of South Korea's cable TV music audition show, to see if they were involved in alleged vote manipulation.

The search on Tuesday was aimed at seizing material evidence from agencies including Starship Entertainment that have X1 members. Details were not given.

The Produce 101 series, a preferred stage for trainees who wish to become a K-pop idol, have produced project idol bands such as I.O.I, Wanna One and Iz One. Viewers choose 11 members out of 101 trainees from different entertainment companies and independent trainees through online and live voting with multiple elimination rounds.

Through the fourth season aired by Mnet, a popular cable TV music channel, from May 3 to July 19 this year, X1 was launched. However, allegations about vote manipulation were raised in the last live contest when some unexpected figures were included in the debut group instead of those favored by viewers.

Xi debuted on August 27 despite an ongoing investigation by police who have searched the offices of Mnet and a vote data company. A group of viewers filed a legal complaint against Mnet, arguing it should be investigated for altering vote counts. Producers for Produce X 101 have suggested that there could be calculating errors.