Experts recommend non-intervention in battery fight only for a while 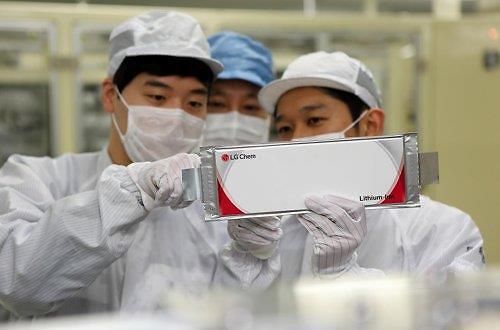 SEOUL -- Apprehension is growing among South Korean market watchers over an unyielding patent war between LG Chem and its domestic rival, SK Innovation, but neutral experts recommend a hands-off approach just for a while as it epitomizes a global war to take the upper hand in the fast-growing electric vehicle battery market dominated by South Korea, Japan and China.

The fight between the battery-making units of South Korea's two major conglomerates, LG and SK, erupted in late April when LG Chem filed a lawsuit against SK Innovation (SKI) in the United States for patent infringement, accusing SKI of producing batteries with technologies leaked by transferred employees.

Embarrassed at LG Chem's sudden onslaught, SKI, a latecomer in the global battery market, took a defensive attitude at first, calling for dialogue, but LG Chem refused to compromise, insisting dialogue is possible only when SKI admits its wrongdoing, makes a sincere apology and discuss compensation.

In August, SKI counterattacked with a lawsuit against LG Chem in the United States for patent infringement as their row went unabated. SKI has blasted LG Chem for hurting national interests by bringing a dispute over intellectual property rights abroad.

"It may be burdensome to urge reconciliation because each company's interests are at stake," Park Jae-bum, a senior researcher at Posco Research Institute said, adding the two companies have invested heavily in "future markets as collateral, although they are not profitable right now."

"It's a sensitive issue for them as they can continue to operate factories and recoup investments only when they have customers in the future," Park said, expressing concerns that a prolonged conflict between LG Chem and SKI may undermine efforts by South Korean companies to take global leadership. "It's still a time when we have to join forces because we still have to secure an important early lead in the market." 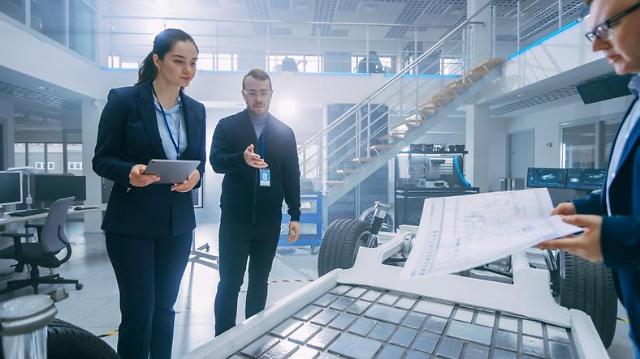 Industry data showed that South Korean battery companies received some 110 trillion won ($91.6 billion) in new orders from global carmakers in 2018. Under a government-initiated campaign to nurture South Korea's battery industry, LG Chem, Samsung SDI and SKI are under pressure to join forces for the development of next-generation technology.

South Korea, China and Japan have been locked in a fierce battle to expand their share in the market for electric vehicle batteries. According to SNE Research, a market researcher, South Korean companies cornered 19.7 percent of global battery shipments for electric vehicles in the first half of this year. China accounts for 52.9 percent and Japan 27.4 percent.

Lee Ju-wan, a researcher from Hana Institute of Finance in Seoul, characterized the battery dispute as "natural" as SKI needs to increase its market share by rapidly increasing production.

SKI will never back down as SK Group chairman Chey Tae-won is adamant to nurture batteries as the group's future growth engine, Lee said, adding the two companies should not go too far because an excessive conflict could have a negative impact on South Korea's overall industrial ecosystem and let foreign rivals fish in muddy waters.

Tertius gaudens could be anyone in the world as many companies in Europe and the United States are ready to jump in for a share.

"As trade risks such as a protective trade trend are expanded, conflicts between global companies are bound to arise," said Moon Byung-ki, a senior researcher at the Korea International Trade Association. "Competition itself is not bad, but it is worrisome that resources are being spent on excessive competition."

Aside from their market share, South Korean battery makers have a competitive edge in technology and can produce third-generation batteries. SKI is now working on the development of an upgraded model that increases nickel content to 90 percent, while LG Chem is developing NCMA that increases stability by adding aluminum to nickel, cobalt and manganese.