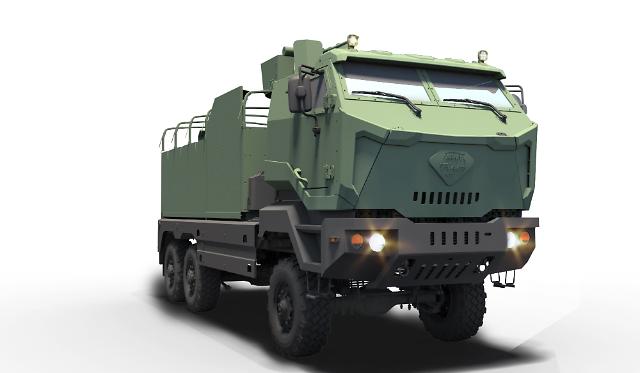 Kia, a major producer of military vehicles, said in a statement on Friday that the company has submitted a proposal to participate in a military project to develop next-generation standard heavy vehicles that would replace 2.5 ton and five-ton vehicles as well as an integrated bulletproof kit by 2024.

"As we are South Korea's only company to have research personnel and research facilities in the field of commercial and military vehicles, we will be able to respond optimally to the development of follow-up vehicles in the future," a Kia official was quoted as saying.

Kia said that through cooperation with its brother company, Hyundai Motor, Pavise, a mid-sized truck released in August this year, would be modified to produce a truck capable of operating on tactical terrains in extreme heat and cold. The military truck will be fitted with a shield that blocks electromagnetic waves.

The bulletproof truck with a modified structure can mount weapons to increase the survivability of soldiers in combat situations.