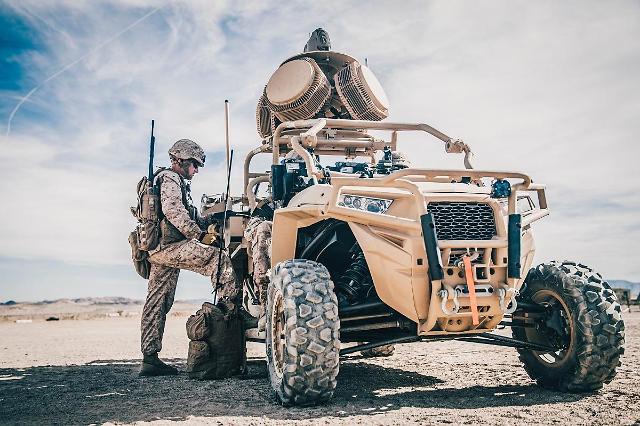 SEOUL -- Experts raised questions about the effectiveness of a military project to develop a laser weapon using light sources generated from optical fibers for short-range air defense against small unmanned aircraft like drones which were used for an attack on Saudi oil facilities.

High-flying small drones are difficult to detect and intercept. For this reason, experts like Chang Jo-won, a professor at Korea Aerospace University's aeronautical science and flight operation department, were skeptical about a project announced by the Defense Acquisition Program Administration (DAPA), a state body controlled by the defense ministry, to develop fiber laser weapons.

DAPA plans to spend 88 billion won ($74 million) from this year to complete the development of a fiber laser weapon for precision strikes on drones and multi-copters at close range by 2023. The Agency for Defense Development (ADD), a national agency for research and development in defense technology, would improve the laser weapon's capabilities to intercept fighter jets and even satellites in the future.

"As it is difficult to intercept dozens of missiles with surface-to-air weapons, the limits will be clear with laser anti-aircraft weapons specialized in individual counterattacks if dozens of drones come in a format of attack," Chang said. "The concept of a regional defense format should be combined to maximize the efficiency of anti-aircraft defense."

Other countries have not deployed a laser anti-aircraft weapons system, not because of deficient technical skills, said a retired Air Force general. "If radiofrequency is not a matter of budget, DAPA should simultaneously develop a drone attack defense strategy using radio frequency."

The U.S. has introduced the Light Marine Air Defense Integrated System (LMADIS), an energy weapon that blasts radio signals. In July, US troops took down an Iranian unmanned aerial vehicle by using LMADIS, which comprises two vehicles, one serving as a command unit and the other outfitted with sensors and signal-jamming equipment. Lasers require an optical sight and precise targeting, while LMADIS is less expensive in neutralizing small drones.