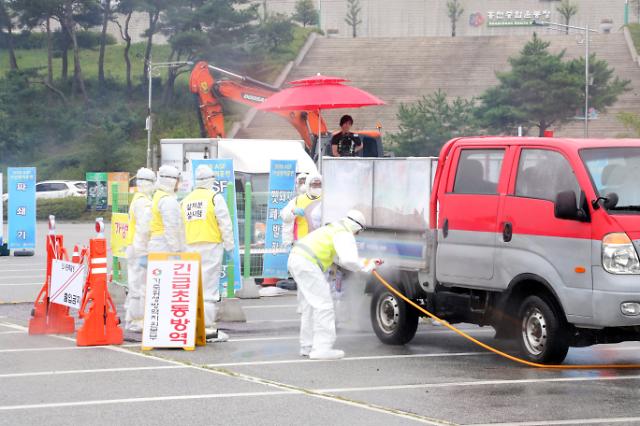 SEOUL -- South Korea imposed a 48-hour standstill on all pig farms, slaughterhouses and feed factories for sterilization after a farm near the inter-Korean border reported the first confirmed case of African swine fever, four months after North Korea claimed to have detected the deadly and highly contagious animal virus.

The lockdown was enforced from 6:40 a.m. (2140 GMT) on Tuesday after health officials discovered the virus in blood samples collected from pigs which were found dead due to African swine flu (ASF) at a pig farm in Paju north of Seoul. Quarantine officials were ordered to cull 3,950 pigs, according to Agriculture, Food and Rural Affairs Minister Kim Hyun-soo.

Sterilization will be carried out nationwide after the movement of pigs, people, vehicles and equipment was banned for two days at 6,309 farms, slaughterhouses and feed factories. Quarantine officials have yet to complete an epidemiologic investigation, but Kim said the government would control the population of wild boars in border areas.

South Korea has taken quarantine measures in border areas since North Korea informed the World Organization for Animal Health (OIE) in May that it detected the first case of ASF in Usi, which looks across the border river into China.

ASF is not harmful to people, but it is highly fatal and epidemic for pigs, with a mortality rate of up to 100 percent. China, which is the world’s biggest pork producer, became the first Asian country to be hit by ASF in August 2018. The epidemic has spread to Vietnam, Mongolia and other Asian countries.

South Korea has tried hard to prevent ASF from entering through wild boars living in the Demilitarized Zone (DMZ) and the downstream of the Imjin River, which runs along the western side of the inter-Korean border.

DMZ is a four-kilometer (2.4 miles)-wide strip of land that has divided the Korean Peninsula since an armistice accord ended the three-year Korean conflict in 1953. The primeval forest is currently inhabited by a variety of wildlife including endangered species of animals and plants.

According to the agricultural industry, the habitat density of wild pings in South Korea is 5.6 per square kilometer (247 acres). The population of wild boars has increased rapidly because of the animal protection law which restricts unauthorized hunting. There are no natural enemies.