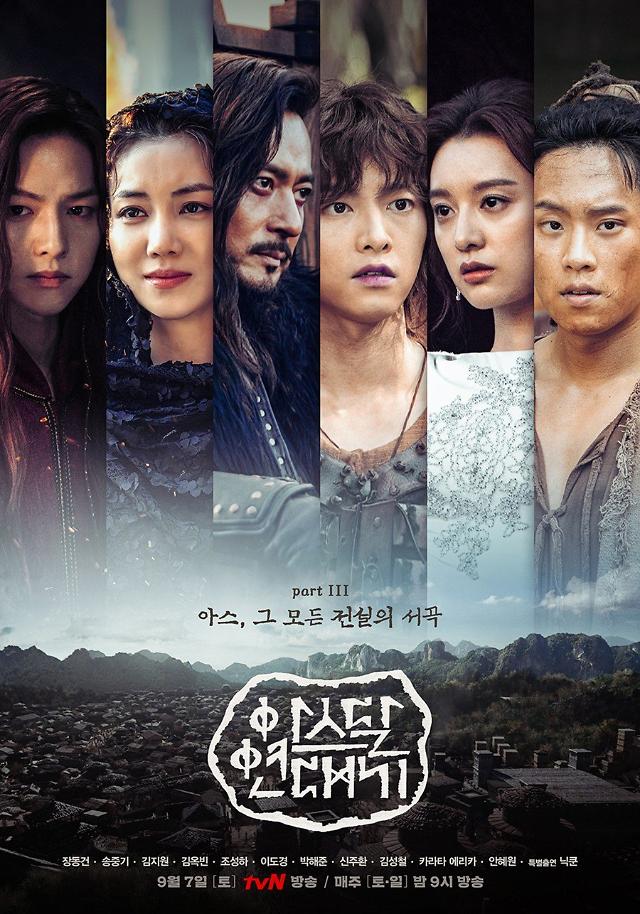 
SEOUL -- Actor Song Joong-ki will return to the black screen in September with the third season of blockbuster cable TV drama "Arthdal Chronicles" after a family court approved the divorce of the 33-year-old actor and actress Song Hye-kyo, 37, in July.

The two top celebrities got married on October 31, 2017, after they co-starred at "Descendants of the Sun", a 2016 TV action-thriller drama which gained huge popularity in Asia. They filed for divorce mediation in June to end their marital life.

The divorce shocked fans in Asia as their marriage was like dreams coming true for many. An earlier online survey showed that fans had wanted the two prominent stars to become actual lovers in the real world.

Arthdal Chronicles had gained a lot of attention not only because of its strong lineup of actors including Song, actress Kim Ji-won and veteran actor Jang Dong-gun, but because it was made into a drama series with multiple seasons, a rare format in South Korea.