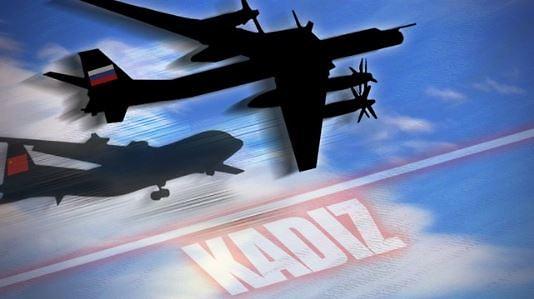 SEOUL -- South Korea's defense ministry accused Russian and Chinese warplanes of making a multi-purpose flight through a sensitive air defense zone between the Korean peninsula and Japan this month during their rare joint exercise that triggered a barrage of warning shots.

South Korean jet fighters fired anti-missile flares and hundreds of warning shots on July 23 to intercept a Russian A-50 AWACS aircraft for violating South Korean air space twice near Dokdo, a chain of islets located in the middle of waters between the Korean peninsula and Japan.

It was the first time that a Russian warplane has been accused of violating South Korea's territorial sky. South Korea regards the unprecedented intrusion as a serious security issue as it followed a joint flight by Russian and Chinese bombers through the Korean Air Defense Identification Zone (KADIZ), an air defense zone claimed by Seoul.

The defense ministry said in a report to the National Assembly's intelligence committee on Wednesday that it was an all-purpose flight by Russian and Chinese warplanes, according to committee head Lee Hye-hoon of the Bareun Future Party, a liberal-conservative opposition party.

The ministry thinks the joint flight is probably intended to check the U.S. strategy in India and the Pacific, collect military information such as the deployment of weapons systems and military facilities in South Korea and Japan where U.S. troops have been stationed since the end of World War II.

There could be other purposes cited by the ministry to neutralize South Korea's air defense zone, make preparations for regular joint air drills between Russia and China in the region, or simply show off their military strength, Lee said.