Pyongyang claims to have developed new missiles for operational deployment 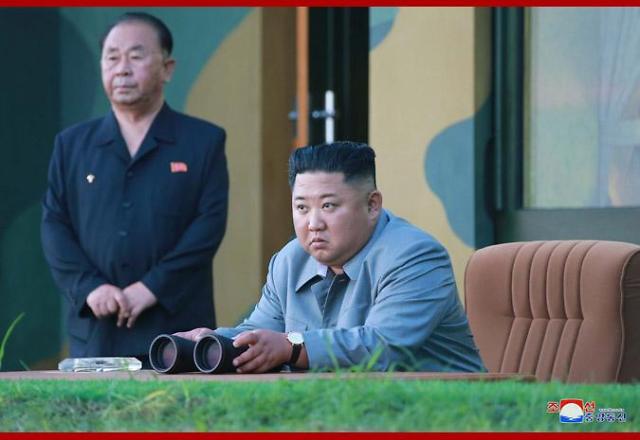 SEOUL -- Only if its announcement is true, North Korea has apparently developed what appeared to be an upgraded version of Russia's ballistic missile, Iskander, probably for operational deployment through a series of testing that began in May. Iskander is a very sophisticated system that would require years of development and testing.

North Korea launched two missiles on Thursday from a place near the eastern port city of Wonsan. Based on joint analysis by U.S. and South Korean military authorities, the South's Joint Chiefs of Staff (JCS) said on Friday that the two missiles flew around 600 kilometers (372 miles) at an altitude of around 50 km.

Pyongyang's official Korean Central News Agency (KCNA) carried what North Korean leader Kim Jong-un said during his field guidance of the launch of "new-type" tactical guided weapons that must have given "uneasiness and agony to some targeted forces enough as it intended."

Kim learned in detail about the operating mode of new weapons "to be newly deployed for operation" and expressed gratification at "the specific features of the low-altitude gliding and leaping flight orbit of the tactical guided missile, which would be hard to intercept," according to KCNA.

After the second launch, Michael Elleman, an expert at the International Institute for Strategic Studies (IISS), said in his article published by 38 North, the website of a U.S. think tank, that North Korea may have tested a version of Iskander which has a range of about 280 km when carrying a warhead of up to 500 kg. 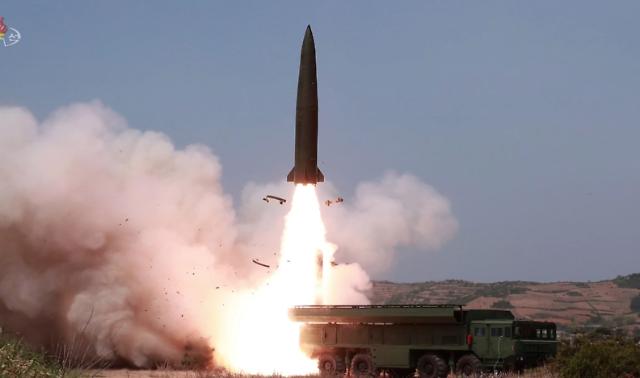 Iskander flies on a flattened trajectory, never exceeding an altitude of about 50 km, the expert said, adding that the missile can alter its flight path after the boost phase, and over its entire trajectory, with defenses unable to precisely predict its flight path.

When aided by satellite-navigation, it can make course corrections and reliably land within 20 to 50 meters of its designated target, he said. "Such accuracy allows Iskander to destroy targets dependably when armed with a conventional warhead, making it a very effective military weapon."

More likely, North Korea may have imported Iskander from either Russia or a third party, Elleman said, casting doubt on a third theory that North Korean engineers either acquired technical documentation for Iskander or copied its design for indigenous production with or without foreign technical assistance.

Regardless of its origin, the appearance and testing of North Korea's new missiles provide convincing evidence that Pyongyang continues to seek greater military and strategic capabilities because Iskander can exploit gaps in South Korean and American missile-defense coverage. Seoul plans to introduce American PAC-3 Missile Segment Enhancement (MSE) interceptors from 2021.

Other experts have warned that the smaller, solid-fuel missiles matter because they can be tipped with nuclear warheads or chemical or biological weapons.

"Size does not matter," said Duyeon Kim, an adjunct senior fellow at the Center for a New American Security, and Melissa Hanham, an expert on weapons of mass destruction, in a joint article published by the Bulletin of the Atomic Scientists, a nonprofit organization concerning science and global security issues.

"Pyongyang achieves political objectives while advancing its weaponry by testing short-range ballistic missiles by another name. The tests enable the regime to fight pressure with pressure without crossing red lines, to up the ante, and to dictate the terms of negotiations," said the article published in May.

"These missiles warn that a more severe crisis could come if Washington does not cooperate on Pyongyang’s terms by the end of the year. They pressure South Korea to unambiguously stand by its Northern brethren during nuclear diplomacy with Washington, instead of attempting to play mediator, and they are handy tools to later hold South Koreans and Americans living in the South hostage."