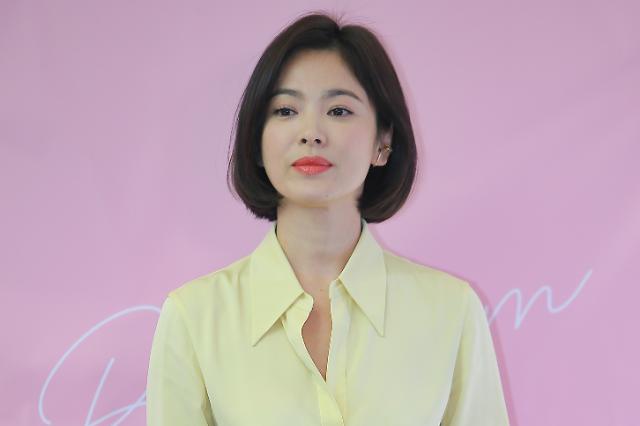 UAA, the 37-year-old's agency, said in a statement on Thursday that it has sued multiple online users for spreading false rumors to defame the actress. The agency said that it plans to continue to take legal actions against other cyberbullies as they gather up evidence and information. UAA warned that there will be no mercy.

"We will continue to take strong legal actions against those who abuse anonymity to indiscriminately create rumors," the agency said. UAA also urged online users to refrain from uploading malicious rumors.

Song Hye-kyo and Song Joong-ki, 33, got married after the two celebrities co-starred at "Descendants of the Sun", a 2016 TV action-thriller drama which gained phenomenal popularity in Asia. However, the two ended their marital life that began on October 31, 2017, following a divorce mediation filed by Song Joong-ki in June. The Seoul Family Court endorsed the couple's divorce meditation on July 22.