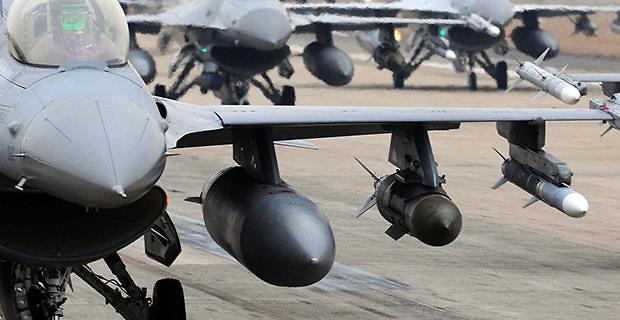 SEOUL --  A Russian A-50 AWACS aircraft violated South Korean air space twice for a total of seven minutes above the sea between South Korea and Japan, prompting South Korean jet fighters to fire anti-missile flares and hundreds of warning shots.

It was the first time that Russian military planes have invaded South Korea's territorial sky.

The Russian plane violated South Korean airspace first at 9:09 a.m. Tuesday (0009 GMT) near Dokdo, a chain of islets located in the middle of waters between the Korean peninsula and Japan, according to the South's joint chiefs of staff (JCS). The second intrusion came 24 minutes later.

South Korean jet fighters fired a total of 20 flares and 360 machine-gun rounds over a kilometer ahead to chase off the Russian plane. Seoul regards the unprecedented intrusion as a serious security issue as it followed a rare joint flight by Russian and Chinese warplanes through the Korean Air Defense Identification Zone (KADIZ), an air defense zone claimed by Seoul.

"We see the situation very sternly, and we will take even stronger measures if such actions are repeated," Chung Eui-yong, a senior presidential security adviser who serves as director of the National Security Office, said, asking Moscow to identify the situation and take appropriate action, according to the president's office.

The South's foreign ministry said Deputy Minister Yoon Soon-gu called in Chinese ambassador to Seoul Qiu Guohong and Maxim Volkov, deputy chief of mission at the Russian Embassy in South Korea, one at a time to deliver a protest.

Earlier, the two Chinese bombers had violated South Korean and Japanese air defense zones in progression before flying toward Dokdo and making a U-turn for a joint flight with the Russian bombers, JCS officials said, adding the four warplanes again violated KADIZ for more than 20 minutes from 8:40 a.m. There was no response to some 30 radio warning calls.

It was not clear whether Chinese and Russian planes staged an unusual joint operation in a sensitive area in Northeast Asia. Dokdo, known as the Liancourt Rocks, are a group of small islets controlled by South Korea. It has been the source of a diplomatic dispute as Japan contested South Korea's sovereignty over them.

Both Seoul and Tokyo have reacted sensitively to the violation of their air defense zones by Chinese and Russian planes. The United States, which has troops in South Korea and Japan, has tried to set up a trilateral security network in Northeast Asia.