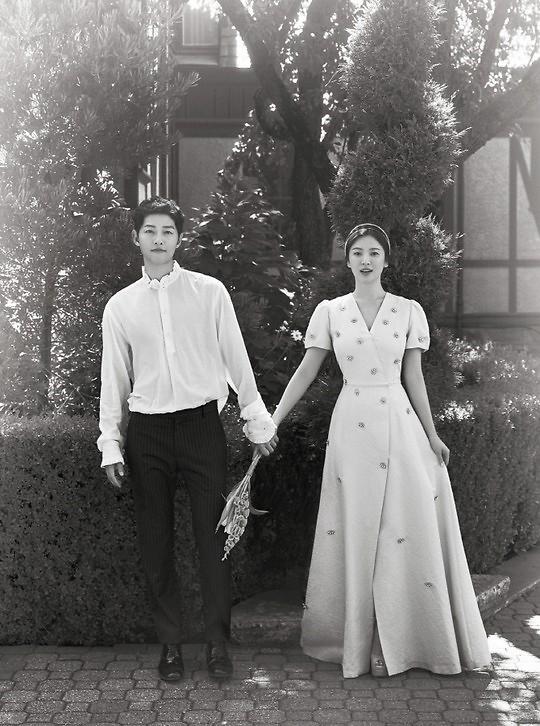 SEOUL -- A family court approved the divorce of Song Joong-ki and Song Hye-kyo, who got married after the two celebrities co-starred at "Descendants of the Sun", a 2016 TV action-thriller drama which gained phenomenal popularity in Asia.

The Seoul Family Court said it endorsed the couple's divorce mediation on Monday. If a couple agrees on divorce mediations, judges can issue their final ruling without holding a proper trial.

The couple filed for divorce mediation in June to end their marital life that began on October 31, 2017, following a wedding event blessed by big figures in the Asian entertainment scene including actors Yoo Ah-in, Park Bo-gum and Chinese actress Zhang Ziyi.

The Song-Song couple's wedding was like dreams coming true for many Asian fans as they suffered from the fever that carried on for months after the hit drama closed its curtains. An earlier online survey showed that fans wanted the two prominent stars to become actual lovers in the real world.

Song Joong-ki, 33, had filed for divorce mediation through a legal representative, saying in a statement that he wanted a smooth divorce process without blaming each other. He also apologized to fans for disappointment and asked for fans' understanding for not being able to disclose details about his personal life.

Song Hye-kyo has said through her agency that the two have agreed to divorce due to differences in characters and urged fans to refrain from spreading rumors.

Edaily, a South Korean online media reported last month that it has been at least a few months since the stars moved out from their Seoul honeymoon house which belonged to Song Hye-kyo. According to the report, Song Hye-kyo has moved to a luxury apartment complex near central Seoul a few months ago while Song Joong-ki has moved out to stay with his family in Seoul.