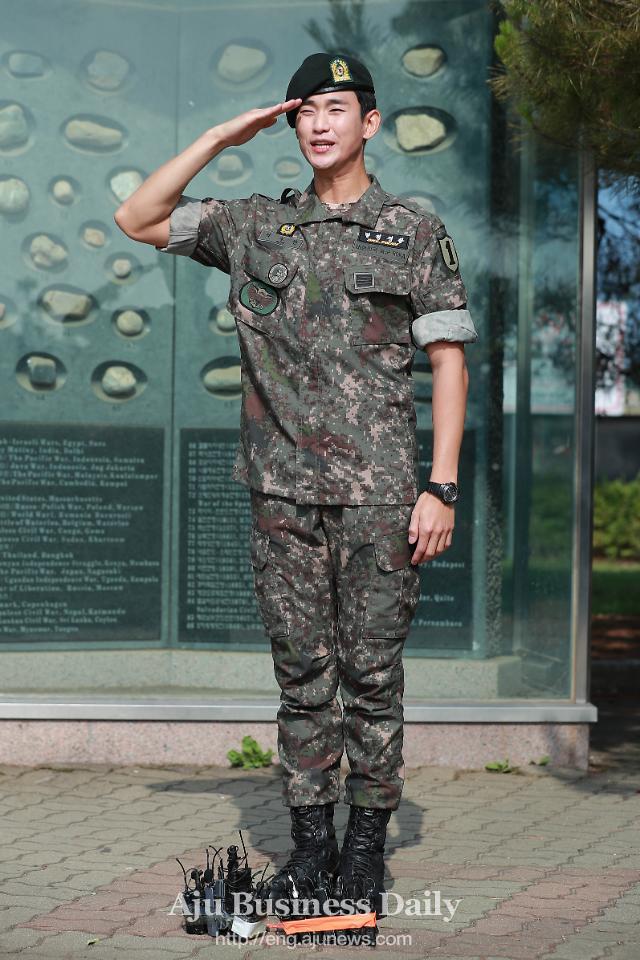 
SEOUL -- Kim Soo-hyun, a 31-year-old Hallyu (Korean culture wave) star, vowed to come back next year after he completed his obligatory military service as an excellent elite soldier at a front-line army camp guarding the inter-Korean border.

"I had a lot of thoughts and worries, but now, I really want to act," Kim said in a ceremony Monday at Imjingak, a memorial park located on the banks of a river in a northern border town, watched by foreign and domestic fans. "Since nothing has been decided yet in the second half of this year, I think I can see you next year through my new work."

"I had thought a lot about how to spend my time in the army at a later age than others, but I think I've finished my military career well," said the actor, who gained fame from his role in South Korea's hit dramas "Moon Embracing the Sun" (2012) and "My Love from the Star" (2013).

Due to his childhood heart disease, Kim was not qualified to serve the regular army, but he was eventually granted a first-degree military service through steady health care and joined a front-line reconnaissance battalion in 2017. While in the army, Kim said he had worked and trained hard. "That's why I won the special warrior title, and I did my best."