Fans shocked over sudden decision by Song-Song couple to divorce 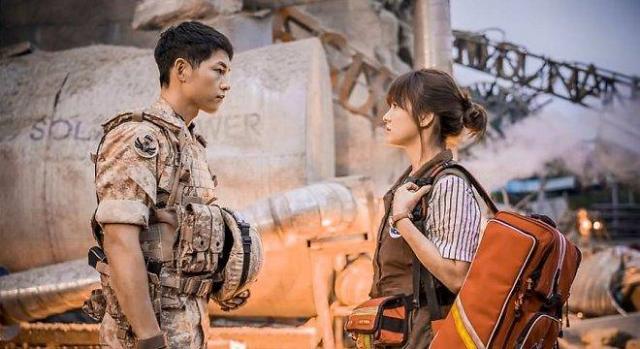 SEOUL -- The South Korean entertainment community was overwhelmed with shock over a sudden decision by two prominent celebrities, Song Joong-ki and Song Hye-kyo, to end their two-year marriage life that stemmed from their co-starring at the hit drama "Descendants of the Sun".

Through a legal representative, Song Joong-ki, 33, filed for divorce mediation with the Seoul Family Court on Wednesday. It is a procedure to decide divorce based on discussion. If the two sides agree on adjustment, it will have the same effect as a final legal decision, but failure to reconcile will result in a trial separation.

"I'm proceeding with the arbitration process for my divorce from Song Hye-kyo," the actor said in a statement. "I'm sorry to bring bad news to many of you who love and care for me. Rather than blaming each other for mistakes, I hope both will smooth out the divorce process."

"Please forgive me for the difficulty of telling each story about my personal life, and I will do my best as an actor to repay you with a good piece of work after getting out of this affront," he said.

UAA, the agency of Song Hye-kyo, 37, confirmed the end of their marriage. "Song Hye-kyo is in the process of divorce after careful consideration with her husband," the agency said in a statement. "The reason was because of differences in personality, and the inability of the two sides to overcome their differences inevitably led to this decision."

As the story sparked rampant rumors and gossips, UAA took a defensive attitude, urging media outlets to refrain from "provocative reports and speculative comments" on matters related to the privacy of the Song-Song couple.

Fans expressed shock because the Song-Song couple tied a knot on October 31, 2017, in a wedding event blessed by Chinese actress Zhang Ziyi and actor Yoo Ah-in. Actor Park Bo-gum played the piano and fans held online celebrations to congratulate the wedding of the century.

"Everyone's talking about the divorce. It's so surreal that I cannot believe the fact that the Song-Song couple is ending their marriage," Jeong Goo-jeong, a 36-year-old businesswoman, told Aju News. Jin Eun-ah, a 33-year-old office worker, expressed her disappointment: "It's so sad to hear the news. I never thought this was possible."

The couple made their first appearance in "Descendants of the Sun", a TV action-thriller drama which gained phenomenal popularity in Asia, in 2016. The drama has left countless fans suffering from the fever that carried on for months after its curtains were down. An online survey of fans showed that fans had wanted the couple to become actual lovers in the real world.

The Song-Song Couple kept low-profile after their wedding until Song Hye-kyo returned to the small screens by playing the main role in "Encounter", a romantic TV drama, in 2018 for the first time in two years after Descendants of the Sun. Park Bo-gum also played the main role in the romantic drama based in Seoul and Cuba.