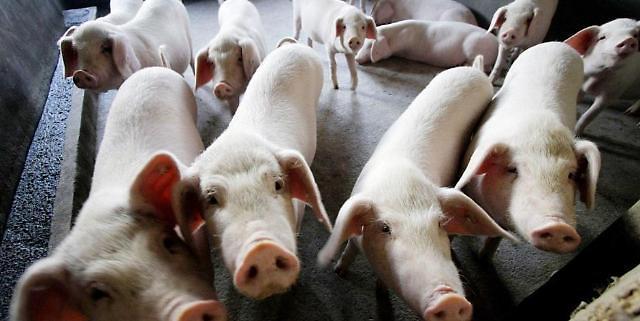 Although African swine fever (ASF) is not harmful to people, it is highly fatal and epidemic for pigs, with a mortality rate of up to 100 percent. China, which is the world’s biggest pork producer, became the first Asian country to be hit by ASF in August 2018. The epidemic has spread to Vietnam, Mongolia and Cambodia. Experts have expressed worries that ASF might have spread to North Korea.

"ASF appears to have occurred quite a bit in North Korea," Prime Minister Lee Nak-yeon tweeted on Wednesday. He became the first South Korean official to confirm the outbreak of ASF in North Korea, which has not informed the international community of any infectious diseases since the outbreak of foot and mouth disease in January 2014.

"We must fully guard ourselves along the Demilitarized Zone and the downstream of the Imjin River to prevent ASF from entering through wild boars," Lee said before attending a cabinet meeting to discuss quarantine measures and approve a revised bill on slapping heavier fines than before on travelers bringing in unauthorized livestock products from abroad.

Imjin River runs along the western side of the inter-Korean border before reaching the West Sea (Yellow Sea).

South Korea plans to impose a fine of 5 million won ($4,184) on first-time violators bringing livestock products through airports and ports, higher than the current 100,000 won. Third-time violators will be slapped with a 10 million-won fine, up from one million won. Quarantine officials are concerned about processed meat products using infected pigs.