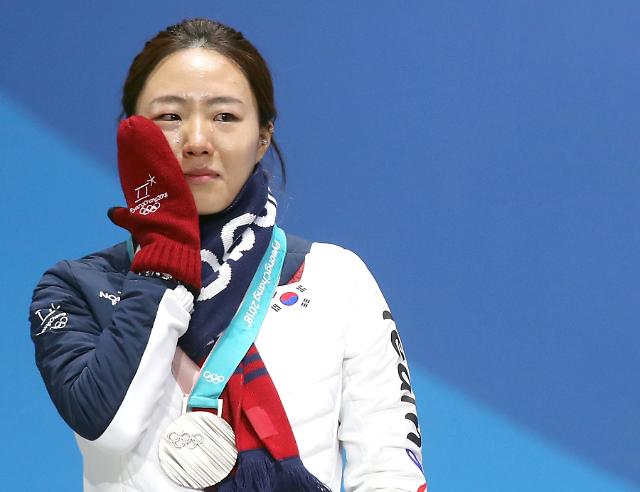 
SEOUL -- Lee Sang-hwa, a two-time speed-skating Olympic champion in 500 meters, announced her retirement, 15 months after she won a silver medal at the 2018 Pyeongchang Winter Olympics in front of her home crowd.

The 30-year-old, who first competed internationally aged 14 in Canada, will hold a ceremony at a hotel in central Seoul on May 16 to end her career. Specializing in the sprint distances, she is a two-time Olympic champion in 500 meters (2010 and 2014).

Lee is the current world record holder in women's 500 meters with the time of 36.36 seconds set in Salt Lake City in 2013 and has won three World Championships medals in 500 meters.

At the Pyeongchang Olympics, Lee stood second behind Japan's Nao Kodaira. Overcome with emotions, she burst into tears during the celebratory lap, and was consoled and embraced by Kodaira. The scene of Lee and Kodaira embracing and congratulating each other touched on many viewers worldwide, making it one of the most memorable moments of the 2018 Olympics.

In February 2014, she won her second Olympic gold medal in the women's 500 m at the 2014 Sochi Winter Olympics with an Olympic record of 74.70 seconds to defend her crown. She became the first woman since Catriona Le May Doan at the 2002 Olympics to defend the gold and just the third woman ever to win back-to-back Olympic gold in the 500 meters.